Sign up for a chance at a free game: iOS and Android

Guns of Boom answered the question "do shooters work on mobile?" with a resounding "yes". If you were sceptical yourself, you really should check this out. 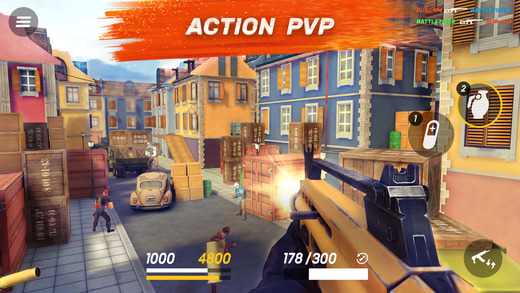 The design is smart. Most actions are taken care of for you, like shooting, reloading, and stabbing any poor sucker who gets close to you.

That sounds like it's an easier game in theory, but it isn't. You have to focus on the most difficult part: aiming. Headshots don't come easy here, but if you land one your opponent will regret it.

At review, we gave Guns of Boom a Gold Award and called it: "A brilliant multiplayer FPS that you should just go and play right now".