Guns of Boom is ending its inaugural esports season in style with a final tournament in Los Angeles, California. The big match is set for November 17 and November 18 at the Intel Esport Arena, and there will be $120,000 on the line. The top eight teams from Europe and North America will be duking it out to see who is the best of the best.

Developer Game Insight has been making some major pushes for Guns of Booms esports, implementing a PRO Play Mode earlier this year that puts players on a level playing field for the sake of competition. The game’s first esports season kicked off this past summer. 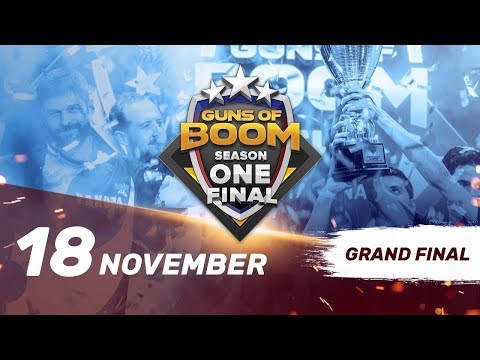 Guns of Boom is one of the best mobile FPS out there, setting the bar for other games following in its path. We gave the game a Gold rating when it launched last year for its flawless touch controls, stunning graphics, and satisfying weapons arsenal.

If you’re looking to get started with Guns of Boom yourself, you can play it right now on iOS and Android. Don’t forget to read over these essential beginner’s tips while you’re at it.