By Harry Slater
| Dec 15, 2017
iOS
|
Inside
Get Inside on...
Find out more about Inside
Available on: iOS + Switch
Subscribe to Pocket Gamer on

Limbo was, and indeed is, one of the best platformers of recent years. So you can imagine how excited we all were when we heard that it's spiritual successor, Inside, was set to land on the App Store.

And now it's out, and it brings with it a sense of tension and dread that we've not felt in a mobile game since, well probably since Limbo came out to be honest.

Inside has kept its cruel, malevolent heart then, but how does the game measure up on mobile compared to its console cousins? Actually, pretty darn well.

Once again the game is a dark, morbid platformer. Rather than casting the world in silhouette, there's some colour this time round. But it doesn't do anything to add any cheer to proceedings.

You're a boy escaping from some totalitarian regime, clambering through muddy ponds, stumbling through corn fields, and generally trying to stay alive.

You won't stay alive though. You'll die. Shot to pieces, drowned, strangled, drowned again, pummelled to death. If anything the more realistic world that Inside is set in makes the protagonist's deaths more unnerving than the giant-spider slaughter of Limbo. 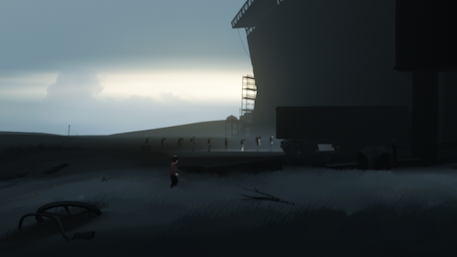 The controls here are remarkably simple. You move around by swiping and holding. Push on the screen when you're near an object you can interact with and you'll be grab it. It's good, but it's not perfect.

There are times when you'll run too slowly, or when you'll swipe to jump only to bounce on the spot rather than leaping forwards. Luckily the checkpoint system will usually throw you backwards just a few steps.

Beyond the controls though there's a wonderful sense of foreboding here. Death could be waiting for you around every corner, and while you might not be penalised that much for dying, sitting through the excruciating animations is punishment in itself.

This might not be the best way to play the game, but if you exclusively play on mobile it's a brilliant addition to any homescreen. It's tight, it's tense, and some of the puzzles you need to solve are crafted brilliantly.

This is the sort of grim, ghastly, and utterly compelling adventure that really hammers home just how interesting videogames can be if they step outside the bright colours and gacha mechanics that persist throughout the App Store.

A dark and mysterious platformer that does most things absolutely brilliantly
By Harry Slater
| Dec 15, 2017 |
iOS
Find out more about Inside
SEE COMMENTS

Playdead's bleak platformer Inside releases on iOS this Friday