GNOG review - A delightful puzzler that's anything but robotic

Some games like to hold your hand. They like to show you the ropes, show you how the ropes are made, and then make sure you understand the concept of ropes before letting you do anything on your own.

GNOG isn't one of those games. It wants you to figure things out for yourself. It plays like a combination of a puzzler and a point-and-click adventure, giving you tasks and then letting you bimble through them at your own pace.

And for the most part it works. It isn't perfect, but there's so much charm on display here that it's difficult not to have fun with almost everything the game has to offer.

The game sees you working your way through a series of levels. Each of them takes place inside a robot's brain, and you need to figure out how to get everything working again.

There's an esoteric nature to things that's part of the game's appeal. After all, you are poking around in the inner workings of some automata - you're not really going to have a clue what you're doing most of the time.

It rarely takes long for things to click though. There are levers to pull, buttons to press, and all manner of other things to play around with. 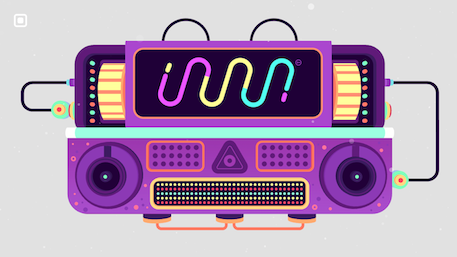 Sometimes it does take a while for you to figure out what you're supposed to be doing. Paying attention is key here, because there are hints and pointers laid out throughout the various challenges.

There might not be the same sort of tactile thrill as you get in the likes of The Room, but there's still something pleasant about working out what you need to push, and when you need to push it.

You get a decent chunk of content too. And every time you finish a level you're going to be beaming from ear to ear. Partly because it proves how smart you are, and partly because it means you've got another task waiting ahead of you.

There are some little niggles here. If you're playing on a smaller screen sometimes the game gets confused about what you're trying to do.

And the lack of any sort of instructions might leave some players abandoning the experience before it's really had a chance to suck them in.

Still, this is a well put together mash up of ideas. It's warm and funny, and it plays by its own rules. If you're looking for a new puzzle game that lets your grey matter do most of the work, then GNOG is well worth checking out.

It has a few problems here and there, but there's more than enough good in GNOG to look past them
By Harry Slater
| Nov 30, 2017 |
iOS
Find out more about GNOG

We spoke to Netmarble to learn more about the making of their MMORPG Lineage 2: Revolution

Lay down tracks in Metro - The Board Game, out now for iOS and Android

Robot-meddling puzzler GNOG is out now for iPhone and iPad