The casual endless runner genre isn't exactly renowned for innovative mechanics. There are only so many ways you can jump over and sidestep obstacles, after all.

But once you actually start playing the thing, it turns out to be a little bit more interesting.

Pukk casts you as a weird anthropomorphic ice hockey puck sent skimming along a perpetual icy path. In pursuit is an affectionate polar bear, who will scoop you up if you so much as falter a single time.

What really sets Pukk apart, though, is the way your puck moves - not straight ahead, but zig-zagging from side to side. 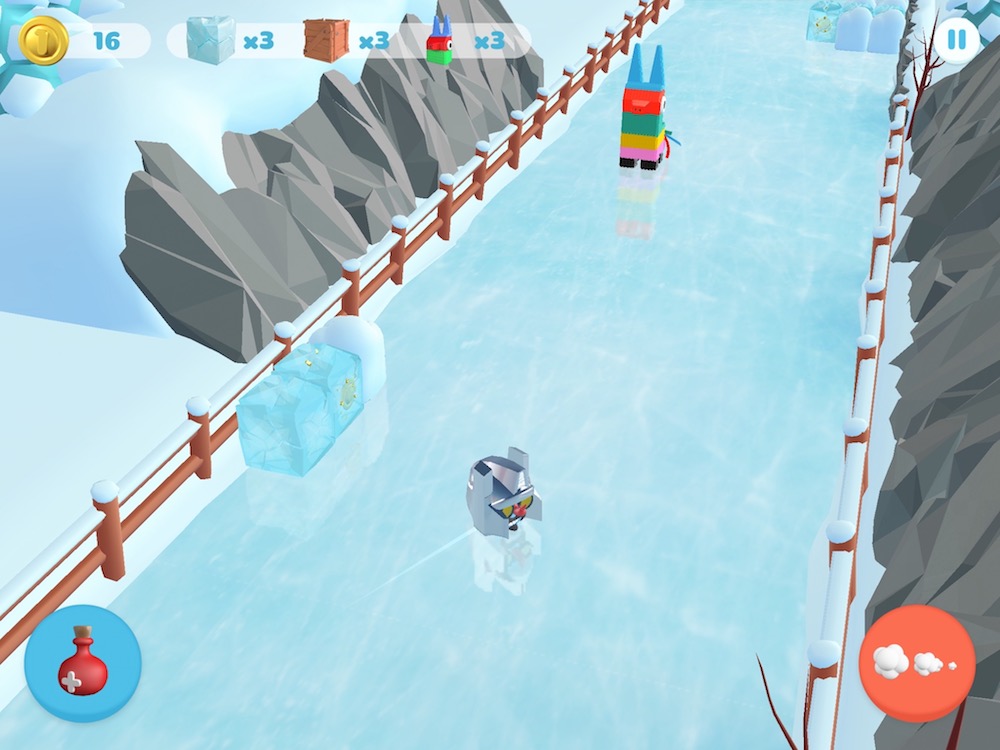 Leave the screen well alone and you'll bounce between the two walls in a lazy, sweeping diagonal motion. Tap the screen and you'll impart some more sideways impetus, tightening the angle.

Through careful manipulation of this unique movement mechanic, you can line up the various boxes, ice cubes, snow drifts, and piñatas (really) scattered across the path.

Indeed, you'll need to do this, as you're given a checklist of items to collect at the beginning of each checkpoint. 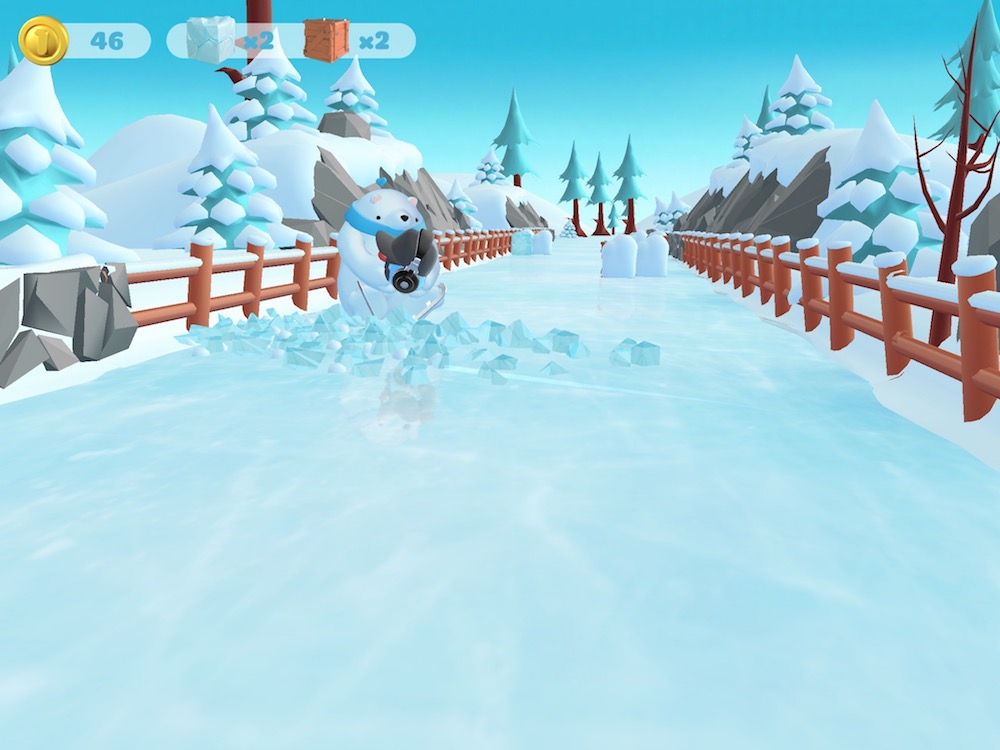 There's a risk to gunning for these items, though. Each one is a physical object that your puck will bounce off, and if you catch the side rather than the face of them you'll bounce back into the paws of that pesky polar bear.

That's about it for points of interest in Pukk. There are loads of cosmetic items to unlock, which let you dress your puck up in various ways.

It's mildly irritating that the best of these lie in shiny locked boxes that you can only open by buying the Premium Edition, but on the flip side the ads aren't too in-your-face.

Otherwise, it's a game that leans on some chirpy presentation and an original movement system. Which is more than can be said for the vast majority of endless runners released in 2017.

Pukk manages to stand out from the endless runner crowd with an interesting zig-zag movement system
By Jon Mundy
| Nov 28, 2017 |
iOS
Find out more about Pukk
SEE COMMENTS

Portal Walk, the intriguing platformer, is on sale for its lowest price on iPhone and iPad

Pukk is an icy block-breaking runner, coming to iOS and Android in November