If you don't know, Rocket League is the love child of soccer and rocket-boosted acrobatic cars. And while it might be considered dangerous in real life, on console it's a whole lot of fun.

Already available on PC, PS4, and Xbox One, it fits right at home on the Switch, even if it has to make a few sacrifices to along the way.

Rocket League is a competitive multiplayer football/driving game where you play games of 1-vs-1 up to 8-vs-8. It all depends how much of a challenge you want, and how badly you want to get wrecked.

The ultimate aim is to get the ball into the opponent's goal. And there are a whole raft of customisation options so you can make your car your own. 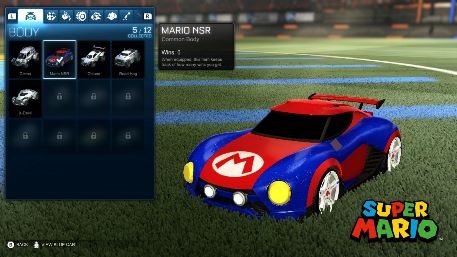 Actually though, the real aim of the game is to sink in as many hours as possible, practice your sick acrobatics and sneaky trick shots, and make your opponents cry salty, bitter tears.

Thrust through a variety of epic arenas that aren't always too traditional, and facing a handful of other cars with cool exteriors and mesmerising boost trails, this is as much a game about skill as scoring points.

You'll find a lot of players who want to dive head-first into the action, but you also need someone to be aware of your own goal. Better keep half an eye out for people who want to blow you to smithereens, too.

That's not even mentioning the different mutators available, from low gravity to square-shaped balls. Plus, the Nintendo-exclusive vehicles and extras are a nice addition to the team.

There are a bunch of different ways you can play on the Switch. Wireless local multiplayer with other consoles, single and split-screen online/local multiplayer, handheld, tabletop, Pro Controller, double Joy-Con, and, surprisingly, single Joy-Con.

The single Joy-Con is a little awkward at first but unlike Super Mario Kart 8 Deluxe, its use of right trigger for acceleration as opposed to the 'A' button makes it much more comfortable in the long run.

Double Joy-Con or Pro is still the way to go though. Call me old fashioned if you like, I don't care. 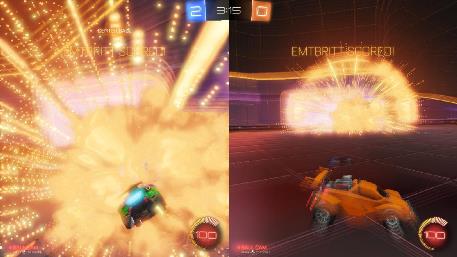 Amidst the tide of positives there are a couple of things to note. The graphics have been taken down a notch to keep the game running at a decent framerate. Though noticeable initially, they really don't bother you once the things kick off.

The initial interface when using split-screen is a little hard to decipher unless you're sitting close to your TV, never-mind if you're using it in tabletop mode. Hard, but not impossible, and again it doesn't matter once you get going.

Rocket League is as much a success on the Switch as it has been on other platforms. Having sunk a fair amount of hours into its PC version I can't say there's too much different about it, and that's a marvellous thing.

Plus, since its packed with cars, stadia, unlockables, and more, there's a hell of a lot of content available at your fingertips.

Whether you're new to the game or an old hand at it, and even with its graphical downgrade, Rocket League is as much fun as ever on the Switch
By Emily Sowden
| Nov 15, 2017 |
Switch
Find out more about Rocket League