Plus prizes for all participants

If you love strategy games, own an iOS device, and live in the UK, we have a treat for you. Pocket Gamer and our community the App Army have partnered with Armada Interactive to help beta test the upcoming Quantum Siege.

Not only are we offering you the opportunity to play it well before it hits the app stores, but you could win an iPad. That's right, the member who provides the best feedback will be selected to receive the ultimate prize.

Even if you don't win, you'll receive an IAP as a reward that will allow you to get a headstart on everyone else when the game launches later this year.

You do have to be a member of the App Army to enter, but that's as easy as following this link and clicking join. It's a great group to be a part of anyway, as you'll have weekly access to free games, and a whole community of mobile fanatics to discuss your favourite games with. 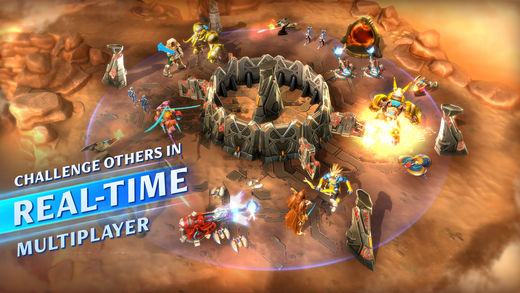 Quantum Siege is a gorgeous strategy game that aims to make RTS work on mobile. There's a deep single player campaign with a whopping 250 levels to complete and challenging multiplayer to sink your teeth into.

No matter the mode you play, you'll select from 16 heroes and send them into battle with a variety of support units on a spinning battlefield designed to get the most out of your mobile.

So what's the deal again?


To make all of the above information palatable, here's it in bullet point form.