Developer INNOTEG released its dungeon crawler Runestone Keeper way back in 2015 on iOS and Steam, and received warm praise for its team’s toil. The game follows in the footsteps of Dungelot and other contemporary roguelikes, applying the merciless approach to mortality, 16-bit aesthetics, RPG elements and turn-based tactics fans of the genre have come to expect. Now Android users can also come into the dungeon from the cold, thanks to a release on the OS earlier this year.

So what can you expect from delving into the depths of Runestone Keeper? Although it is roguelike, the game takes place on a seven-by-seven grid, rather than a labyrinthine map. Tile by tile, you work your way one turn at a time around each dungeon level, collecting loot whilst dealing with the traps and monsters whenever they appear. 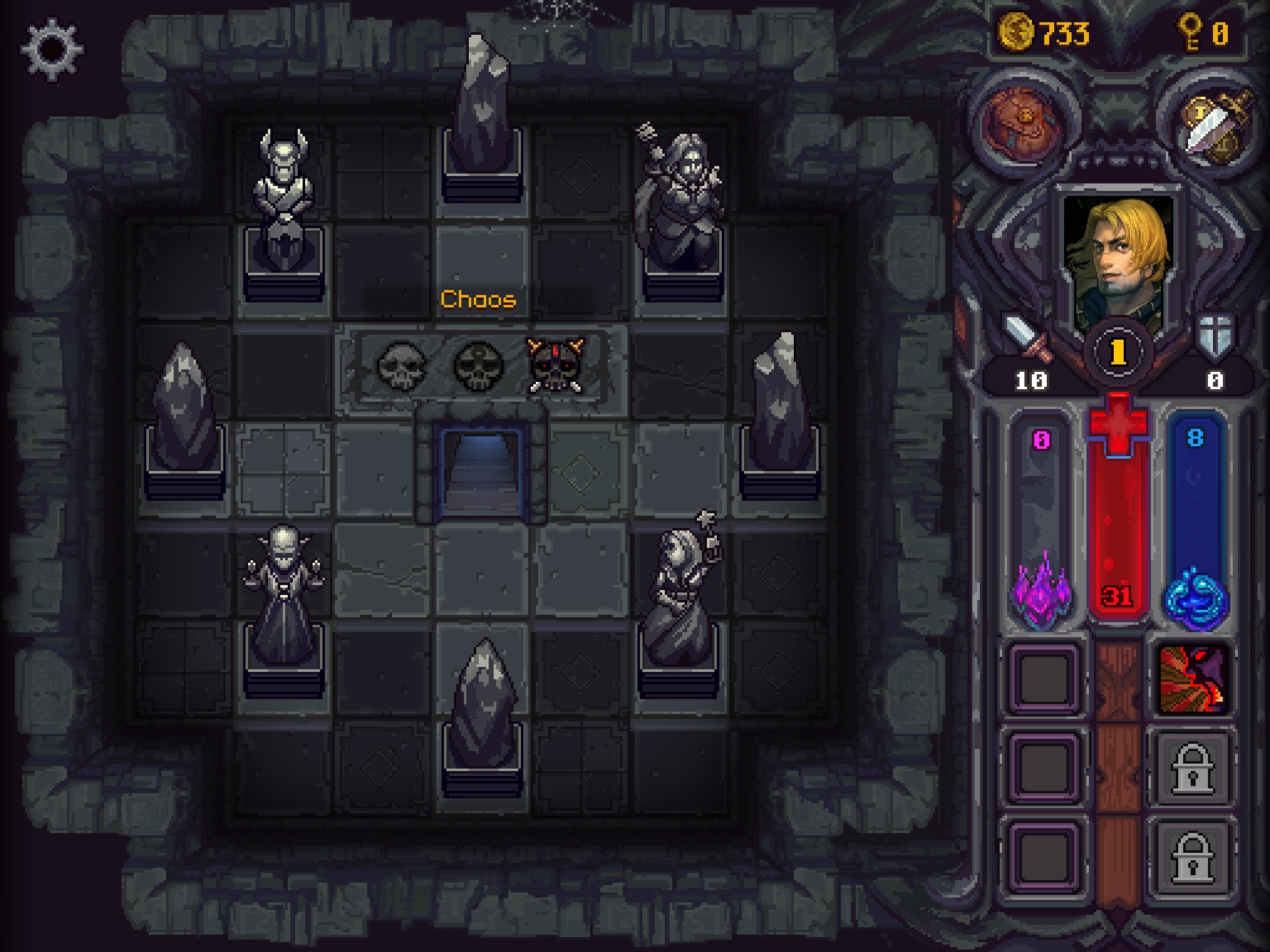 In the beginning, you play as an unnamed adventurer, but as you progress you’ll unlock other playable characters such as the sorceress named Svafa, a vampire called Hogg and Alexander the paladin, among others. As you’d expect, different heroes boast different stats, so when you can choose, choose wisely. Some tiles hold weapons, armour and additional items your hero can equip to improve your chances of staying alive. You can also opt to worship one of nine in-game deities, each requiring certain sacrifices in exchange for a special ability. But be warned, fickle warrior – betray one god in favour of another and you’re likely to receive a punishment.

As the maps are procedurally generated, you’re often at the mercy of chance as well as the gods. How many floors down you’ll manage to descend in one play-through before some phantom finishes you off is an unknown. As per roguelike tradition, lose your life and you start all over again, but you are rewarded for successive runs with various unlockable benefits. 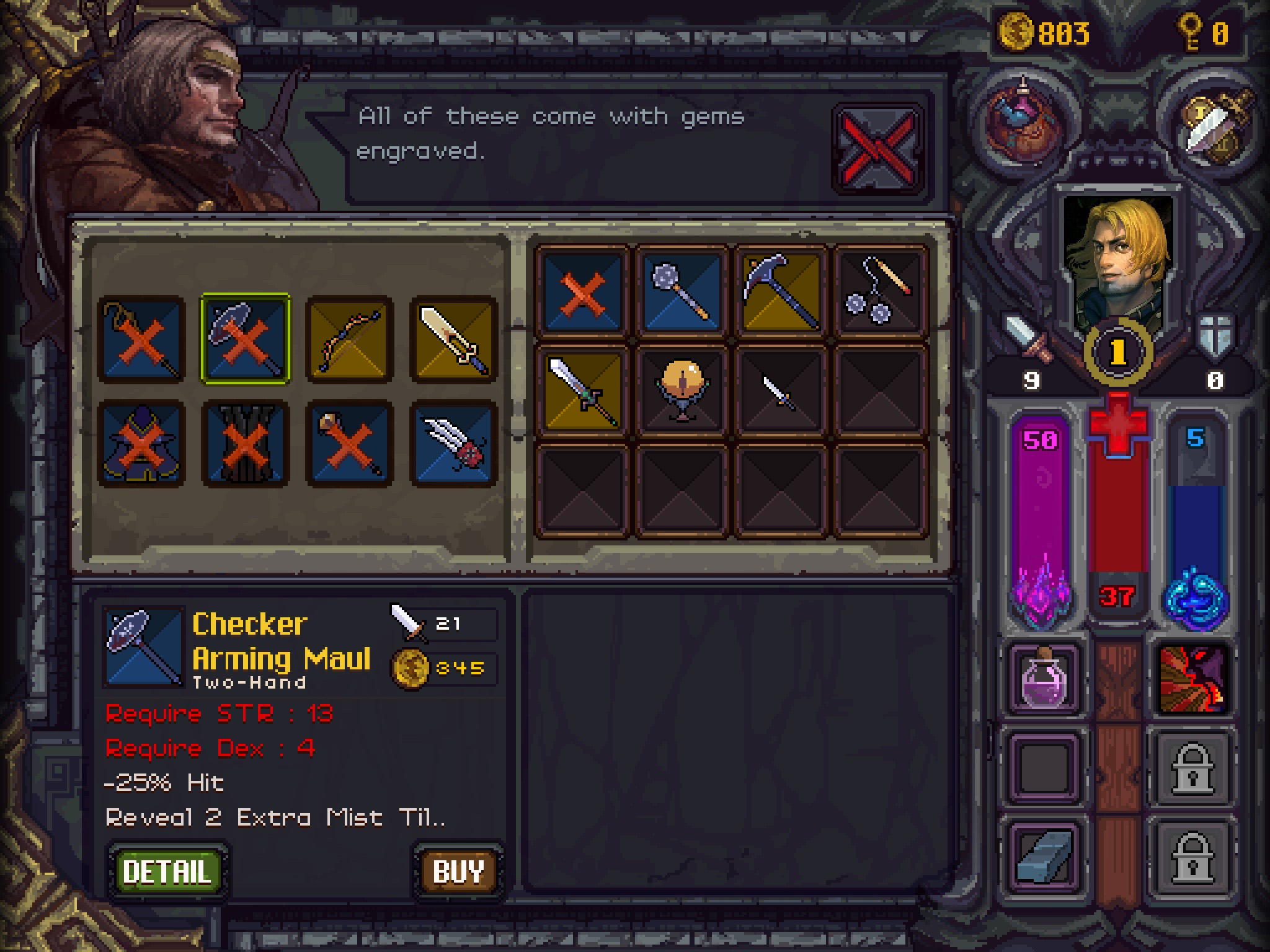 If you’re an Android user looking for a dungeon to crawl through, or you’re on iOS and its release in 2015 passed you by, you can download Runestone Keeper from Google Play and the App Store.

Hop, flip, and slice your way through the 2D platformer Ninja Scroller: The Awakening

Runestone Keeper is a Dungelot-esque roguelike, complete with god worship and tattoo abilities