You could call Titanfall: Assault a grown up version of Clash Royale. It's a thicker, more tactical expression of similar ideas, and it's all the better for it.

The maps are bigger, and some of them change as you play. The battles are a little longer, but still perfectly designed for mobile play, and there's always a sense that you're part of some bigger conflict too.

It's a fresh take on some mechanics you're going to know pretty well, and it manages to capture some of the brutal stomping essence of the game whose name it shares.

Battles take place across futuristic wastes. You're in control of a deck of cards that represents your units. There's an energy bar that's constantly regenerating, which you spend on sending out your fighters.

After a minute, Titanfall occurs. This adds the giant stompy robots the series is famed for to your deck. Send them out and they'll try and smash everything in their way as they rumble along to the enemy's base. 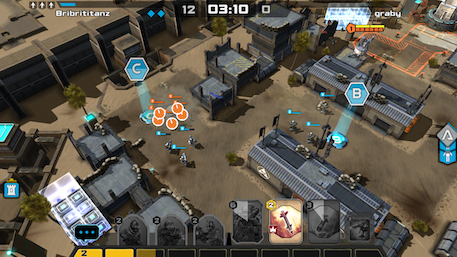 In the middle of the maps are control points. Grabbing these starts earning you points, and the first to 100 wins. You'll also be victorious if you destroy your enemy's base.

The size of the maps makes for more interesting confrontations. Your pilots, who are your main soldiers, can clamber over the scenery, making straight lines for the capture points. Grunts and sentries stay where you put them to defend.

There's a balance to be struck between chasing a win and making sure you don't lose. Focusing on offence usually leaves you open to attack, so making sure you've got a good mix of units in your deck is key.

The Clash Royale-style chest system unlocks new units and lets you power up the ones you've already got. You can buy cards directly as well if you only need a couple to toughen up one of your units. 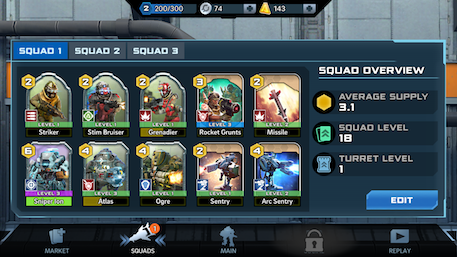 As well as the main online mode, you can run practice matches against the AI. Here you'll learn more about how the game works, as well as being able to try out different tactics on new levels you unlock.

The whole thing is brilliantly put together, and the battles are frantic and delicious. The last minute, when your energy production increases, is a fine example of tightly handled chaos.

Titan up your ranks

Titanfall: Assault gets mobile gaming just right. It's midcore, but at the higher end of the scale. There's depth here that we haven't seen in other mobile MOBAs, and a level of polish that screams of triple A talent.

Plus the compulsion loop is a mighty and fearsome one. This is the sort of game that's going to titan its grip on you as you play. I am so sorry for that pun.

A thick and entertaining mobile MOBA that's probably the best of the bunch
By Harry Slater
| Aug 10, 2017 |
iOS + Android
Find out more about Titanfall: Assault

Head out on a grand adventure in Cat Quest, now available on iPhone and iPad