Time to get virtual

It's hard to believe that only a year has gone by since the HTC Vive's release. Doesn't it just feel like it's been so much longer? 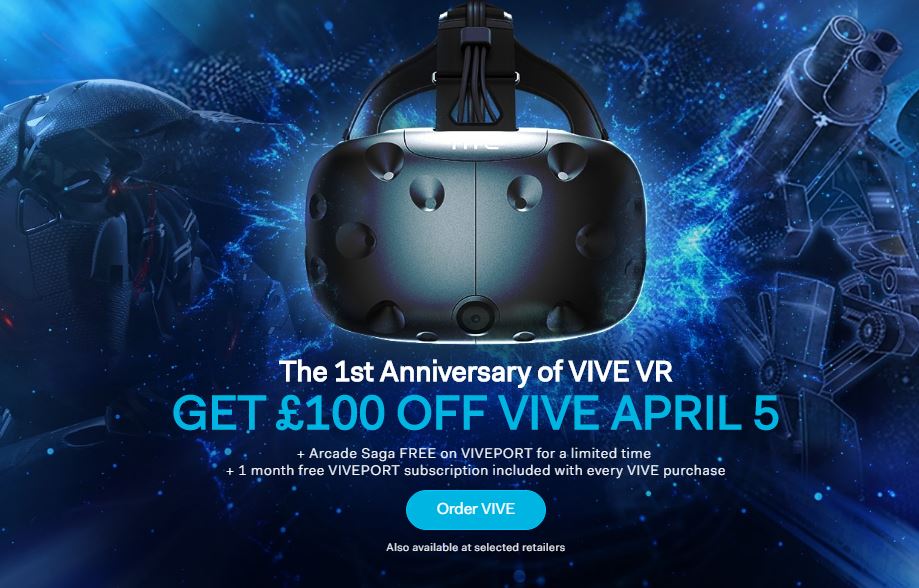 To celebrate the year anniversary of the HTC Vive's official debut, the headset has gone on sale for the first time ever.

In the kit you'll get the headset, two wireless controllers, two motion sensors, and all of the necessary wires needed for its setup. Note, this anniversary deal is valid only for today, April 5th, so if you've been waiting to grab your own device here's your best shot.

You'll also get a free copy of Arcade Saga, usually worth about $19/£14, as well as one month free VIVEPORT subscription, and free shipping for a limited time.