Barbarian Invasion is the first Rome: Total War expansion to hit the App Store, and it's an enormous standalone game of its own.

It's set during the final years of the Roman empire, three centuries before the base game, and sees the barbarians desperately striving to bring down the stretched civilisation.

You can play as either side, and take part in a typical Total War campaign as one of 10 new factions - eight of which are barbarian tribes.

We'll have the full Pocket Gamer review for you shortly, but in the meantime you can check out what our hardened bunch of experts in the App Army made of it. 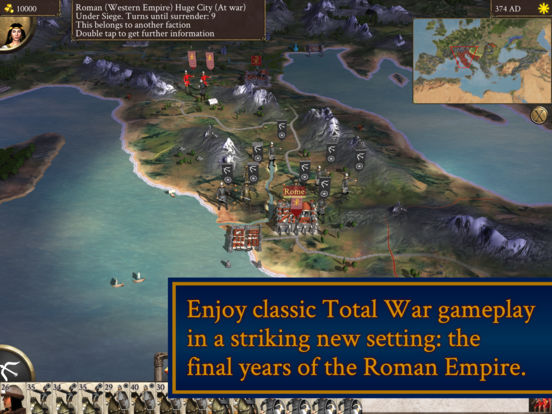 I'm pretty impressed with this expansion. The graphics are excellent and the gameplay is as good, if not better, than the original.

I can't wait to get a bit deeper into it. The only problem I had was that it crashed once on startup. Haven't had the issue since though.

If you love Rome: Total War, this is a must buy. Excellent job.

I've enjoyed this game so far. I didn't get very far in because the tutorial video was very lengthy, but it was worth sitting through because the game is awesome. The graphics are breathtaking, and really optimised for the iPad's retina display. 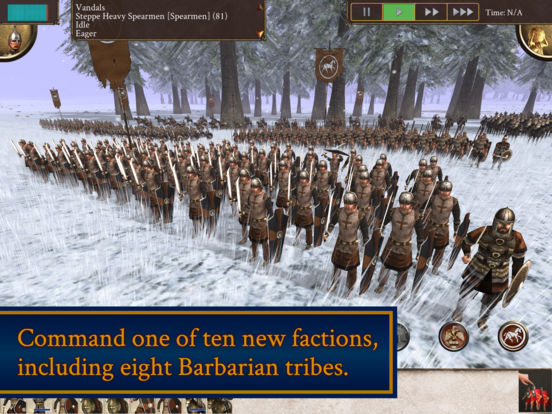 You're spoiled for choice between the factions, because each of them offer unique advantages and disadvantages. I can see myself trying each of them out at some point.

In my opinion, this is better than the base Rome: Total War, and is smaller in size which is nice. The graphics are good, and I especially like the night attacks that you can do now.

All in all, this is a great game that I would totally recommend. I'll definitely keep playing this. 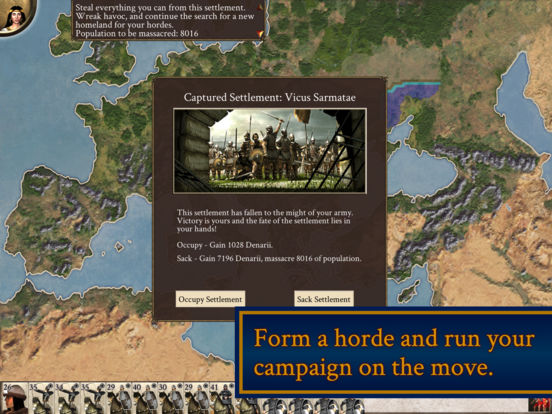