Can I get a witness?

Celebrated game designer Jonathan Blow is known for creating games full of engaging gameplay and artistic merit. His first hit, Braid, was an entertaining platformer that was not only challenging but thought provoking. A critical and commercial success, it was one of the many titles that helped raise expectations of what ‘indie games’ were capable of.

With his second hit, The Witness, Jonathan Blow raises the bar even higher. NVIDIA SHIELD TV owners can now download the acclaimed game through Google Play and embark on a meditative journey through a island full of clever puzzles and haunting mystery.

Exceeding Expectations
Play The Witness and you’ll be struck by how fully realized the game’s world is. While Blow and his team of developers make it look easy, making a game with this kind of depth and complexity is anything but.

“Game development is complicated, and we work very hard in a lot of different ways to make sure that what we build is good,” Blow explains. “We take great care to make sure the ideas behind the game are as strong as they can be then we make sure that the execution lives up to the promise of the original idea.”

And if something doesn’t work no matter how much effort they put into it?

“If we can’t figure it out then we don’t include that part in the final game,” Blow says.

It’s this kind of exacting process that’s earned Blow so much acclaim over his career. What’s more impressive is that the success of Braid and the heightened expectations didn’t affect the development of The Witness. Rather than feel any pressure or worry about outside perceptions, Blow simply focused on his craft.

“I just didn’t worry about expectations too much,” Blow says. “I knew that The Witness was going to be a very different game from Braid, so it would be hard to compare them to begin with. And to make The Witness the best game that I possibly could, I knew I had to just follow the design to the places where it wanted to go, and not worry too much about whether people would think it’s weird.” 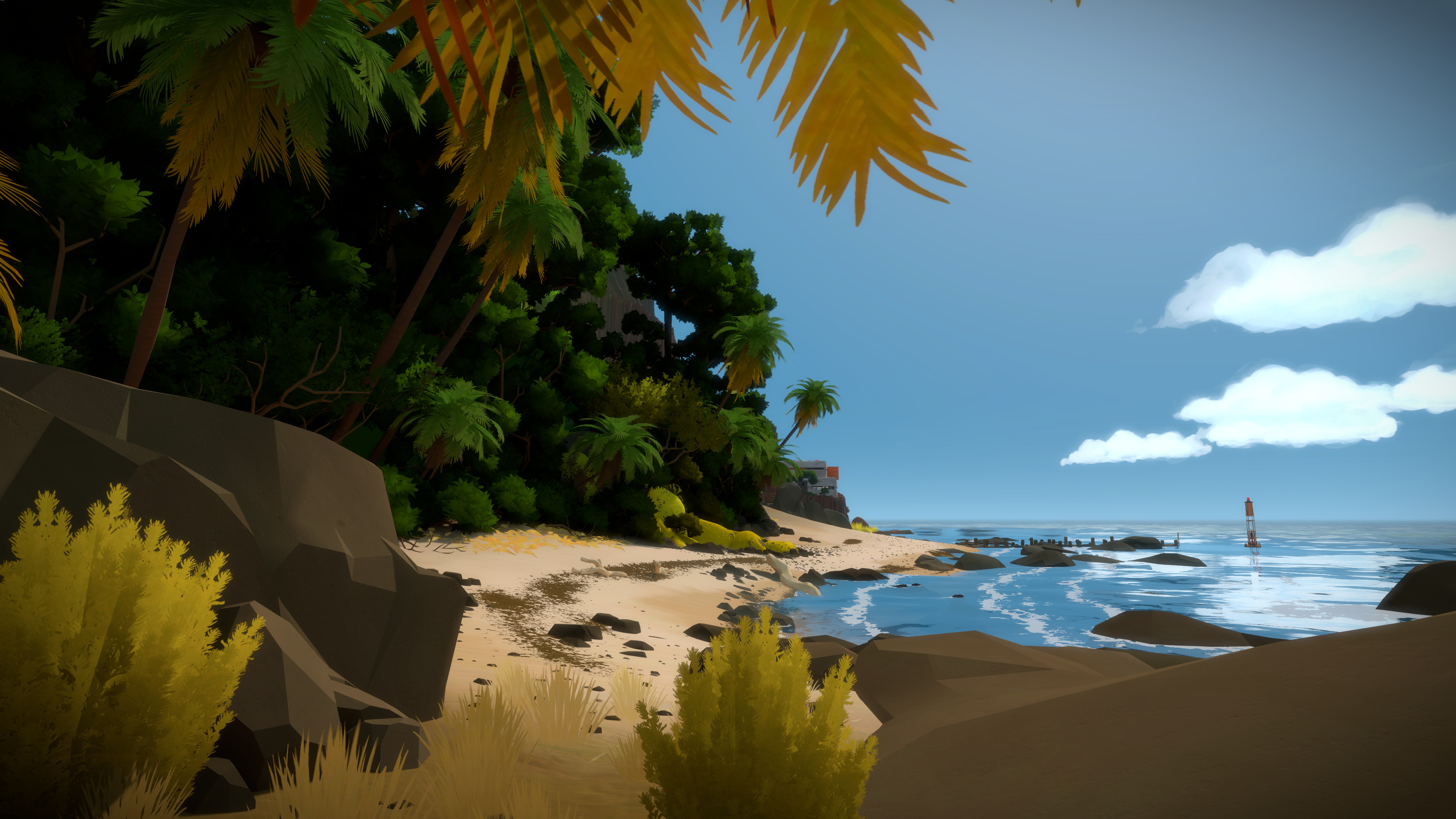 The Difference Engine
The artistic merits of The Witness are readily evident, but the game is also interesting from a technical standpoint. Rather than rely on existing game development tools, Blow built a game engine from scratch. Why create your own toolset when so many viable dev kits are readily available?

“Because we have complete control over every technical feature,” Blow explains. “That means we can tweak everything to respond to the demands of the game design, in order to create the best experience for the player.”

Blow also touches on the benefits of having access to increasingly powerful hardware and tech. The fact that a game like The Witness can be easily enjoyed on a multitude of platforms like NVIDIA SHIELD TV wows the veteran game developer.

“I started making games professionally back in 1996, and a phone you can hold in your hand is a supercomputer compared to what we had back then,” Blow says. “Literally, machines of equivalent performance were on the World Supercomputer List in the mid-90s. It’s a good time!”

Bear Witness To Greatness
Jonathan Blow’s artistic vision, design flair, and technical proficiency have earned him a well-deserved reputation for delivering memorable gaming experiences. NVIDIA SHIELD TV owners owe it to themselves to download The Witness from Google Play and experience Blow’s work for themselves. The Witness offers a beautiful and challenging gaming experience definitely worthy of your attention.

Abstract arcade game Nightgate drops to its lowest price yet

The Witness for iOS - The story so far

These are the best indie games of 2016 - now can we play them on mobile?