The Witness is a puzzle game unlike anything else. It's open world, and refuses wholeheartedly to so much as touch your hand, let alone hold it.

The game has been out on a variety of other platforms for a while now, and now it's finally made its way to the App Store. But has it been worth the wait?

The game starts off with you alone in a tunnel. You walk down it, tapping the floor to move. There are a few simple sliding puzzles to solve to open the doors, and then you step out onto a beautiful island.

There are a couple more puzzles to solve to open a gate, and at that point the game leaves you to your own devices. You're not funnelled anywhere from then on. Explore at your leisure, poke and prod the devices you find and try to figure out what's going on. 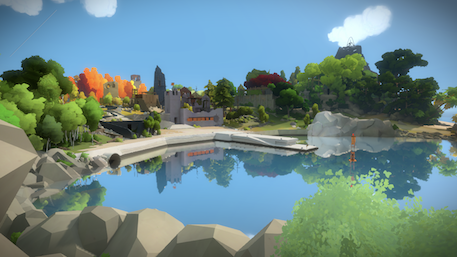 The controls are perfectly adapted for touch screen. Swiping a finger around moves your view. Two fingered-taps stop you moving. Long pressing on part of a puzzle lets you interact with it.

It's not as physical a game as the likes of The Room, but that's what you'd expect from a game that wasn't originally designed for mobile.

But there's still a nice flow to the game. And it's genuinely refreshing to play something that isn't barking orders at you every 12 seconds. 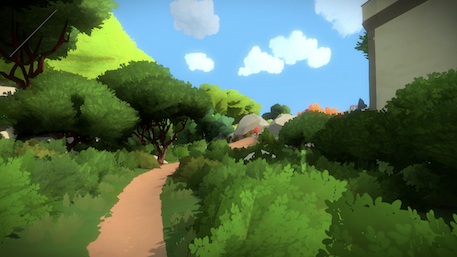 Is it going to be for everyone? No, absolutely not. This is a big, premium app, and there isn't really anything else like it on the App Store. It doesn't fuss you, it doesn't care if you get stuck, and some people are going to be frustrated by that.

But there's a level of exploratory challenge here that's pretty much unsurpassed. You've got an island, you've got some idea of what's going on, and the rest is entirely up to you.

If you've not played The Witness before, then this mobile port is as good a place as any to experience it. But if you've already finished it elsewhere, some of the sparkle is definitely going to be missing on a second playthrough.

Coming to The Witness fresh though is one of the most beguiling gaming experiences you can have. And that's something pretty special.

A game that doesn't hold your hand, but gives you an intriguing world to explore on your own
Next Up :
Star Discord review - "Needs polish, but it's shaping up to be a true RTS on the go"