Updated 19th January, 2:29 PM: WarFriends is finally available to play on iOS and Android. This PvP cover-shooter has the potential to be a thrill as you fight with, or against, your pals.

Grab it free-to-play on the App Store or Google Play.

Though Chillingo's WarFriends has been in soft launch for quite a while now, the explosive war game will be released next week. 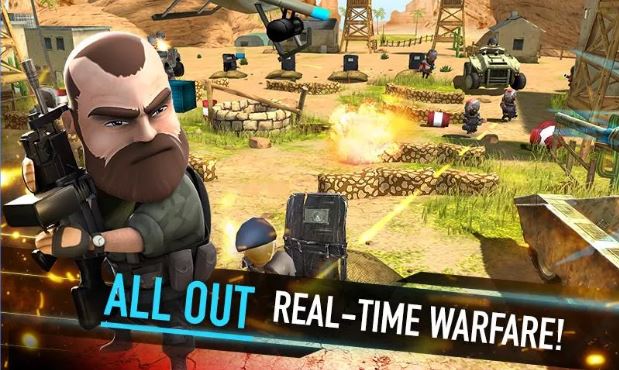 In case you couldn't guess from the title WarFriends is a real-time PvP shooter about going to war...with your friends. This unique tactical 3D action game'll have you dodging bullets, leaping to take cover, and unleashing your inner beast to bring the enemy down.

Mixing PvP with a little bit of CCG you can strategically use WarCards from your deck to activate game-changing abilities, such as boosting your weapons, inflating soldiers' heads, and more. You can enlist friends in your squad and fight side-by-side in ranked online deathmatches, or play co-op in WarPath mode.

Check out the game's Facebook page for more information. WarFriends is slated to release on January 17th on both iOS and Android.