The ghouls are back in town

After its release a couple of months ago, Tricky Test 2 is back with a super spooooky update to celebrate Halloween. 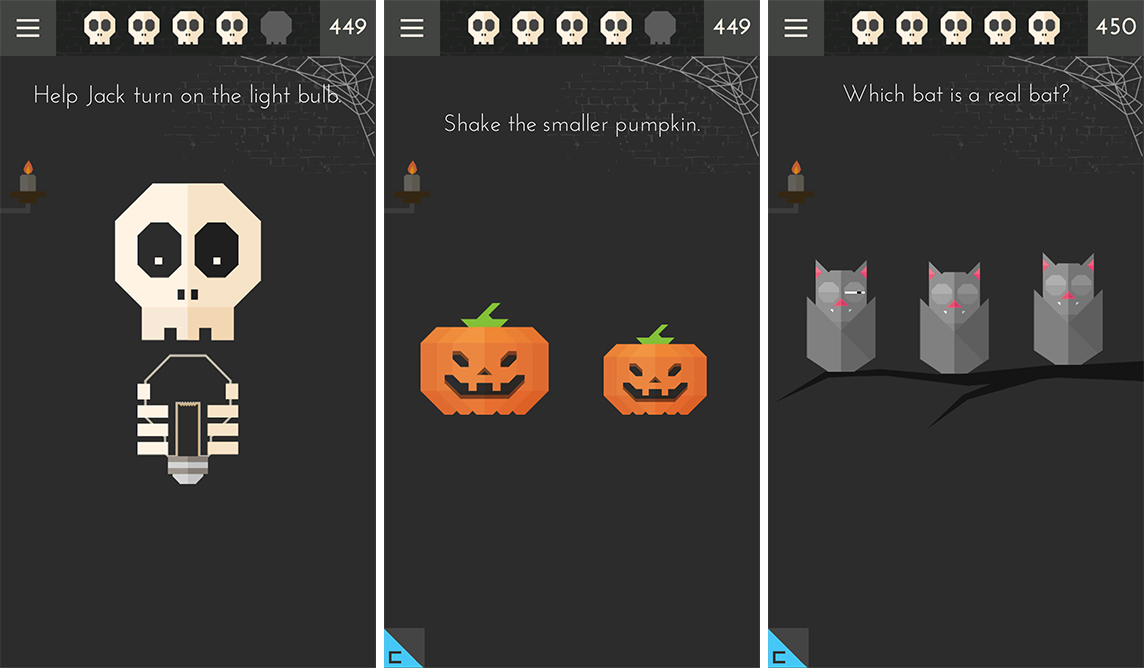 For those unfamiliar with the title, Tricky Test 2 is a pretty neat game with puzzles that make you think outside the box. Some of the answers may seem simple but is there another way to look at the question or to go about the challenge? You'll just have to use your wits and see.

The Halloween update brings new packaging to the game, introducing a new icon, new banners, screenshots, and new challenges to fit the upcoming holiday with bats and pumpkins and more. On top of the original game there will also be 20+ new levels to check out, bringing the total number to 100 levels overall. Are you brave enough to steal sweets from a skeleton or to successfully avoid getting caught by ghosts?

Get ready, because the update will be with us no later than this week. It'll arrive on Android on the 19th, and iOS has still to be announced but it'll be available around a similar time.