Mushroom Wars 2 review - A strategy game by the numbers

The Mushroom Wars games have always been about numbers, and this first numeric sequel is no different. It’s strategy boiled down to ‘my mushroom army is bigger than yours’.

And in a way it’s an interesting enough diversion. It lacks the more action-focused explosions of the tower defence genre, but it bobbles along quite happily all the same.

This is very much a game squarely in the midcore bracket. It’s not too challenging, but if you want to dig slightly deeper there’s the potential for a sort of mastery lying behind the counting.

Is there mushroom for this?

Essentially the game is about conquest. You start each level with a bunch of bases shaded in your hue on a map with at least one other mushroom kingdom of a different colour on there.

There are grey bases as well, and you can take these over to start generating more troops for your army. 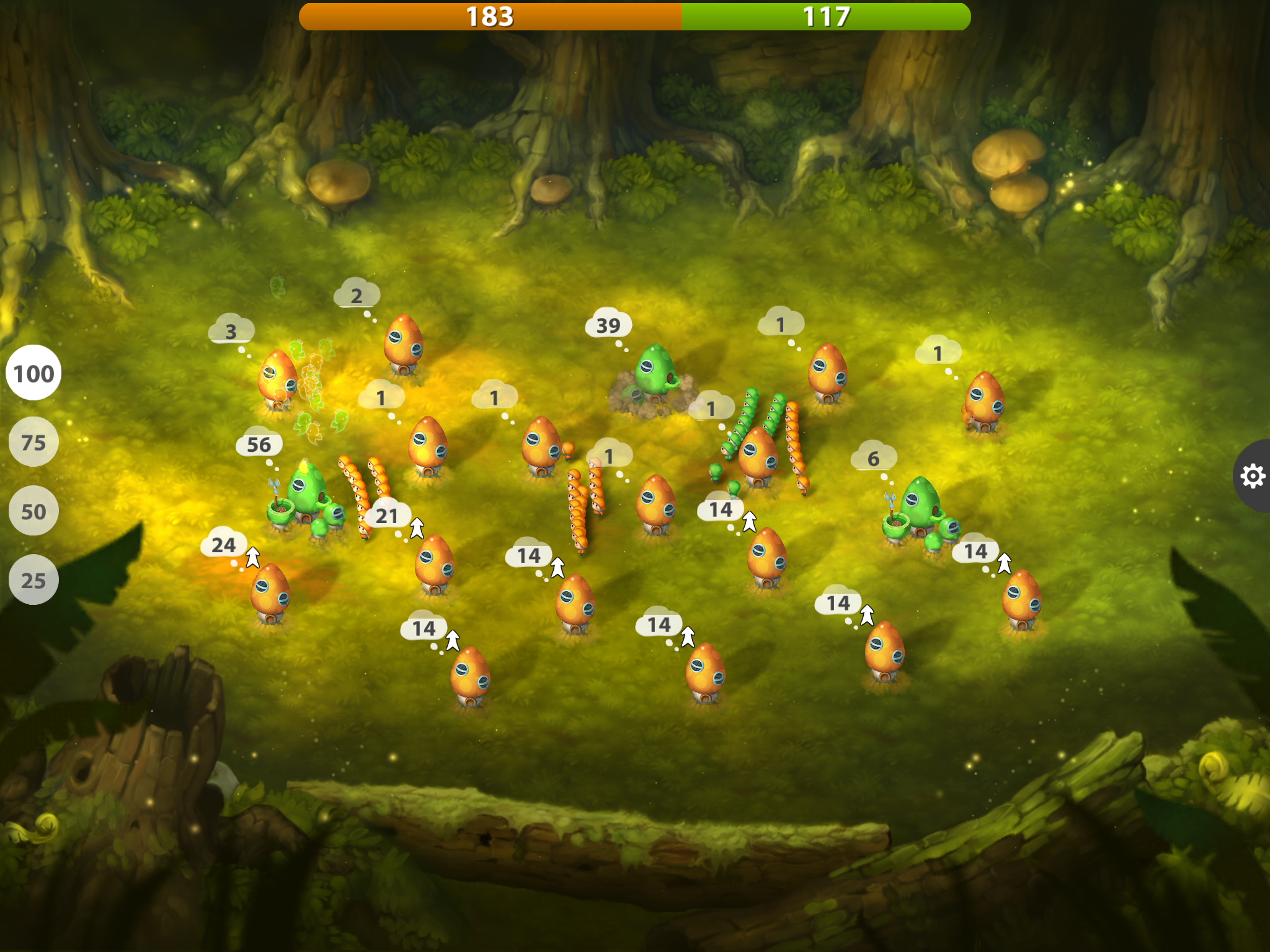 The whole thing is about building up your army so you’ve got more soldiers than the other side. You win when all of the bases on the map are your colour. You lose when the opposite happens.

You can upgrade bases once you’ve captured them. It costs units but once the upgrade is completed the base will produce more units. Much like the rest of the game it’s a case of risk and reward.

Do you go for an all out attack by sending all of your units out from a base, or leave some behind in case the enemy launches a counterattack?

There’s a counter along the top of the screen that shows which side has the most troops, but often positioning is as important as weight of numbers come the end game. 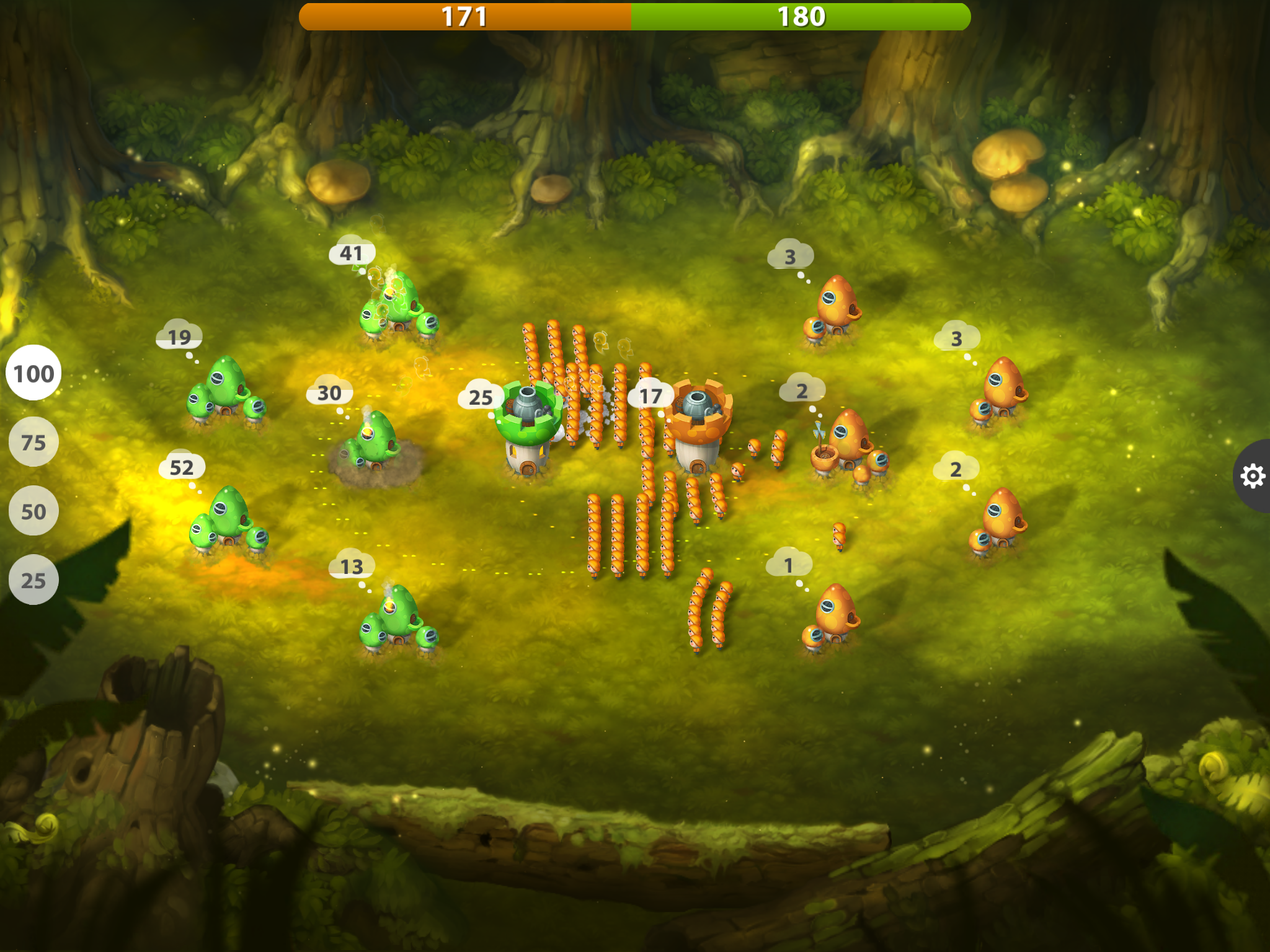 There are different types of buildings that change how the game works a little, and you can select a bunch of your buildings by tapping three fingers on the screen.

And it all works very well. There aren’t any big surprises, especially if you’ve played a game of this ilk before, but it’ll wash past you without you ever getting too upset.

In the end there’s nothing broken or wrong with Mushroom Wars 2. Everything works the way it should, and you’ll never find yourself particularly frustrated with what it’s doing.

But at the same time you’ll never find yourself particularly enamoured with anything it’s doing. There are nice ideas, but there aren’t any new ideas.

This is a solid strategy game that’s all about the numbers. And if you’re looking for that, and exactly that, then you’ll be perfectly pleased with what it has to offer.

Mushroom Wars 2 does everything pretty well, but what it does isn't the most exciting combination of ideas
By Harry Slater
| Oct 13, 2016 |
iOS
Find out more about Mushroom Wars 2
SEE COMMENTS

Galcon-like Mushroom Wars 2 is out now on iOS