With just over a week to go until PSVR's official launch we're a writhing mass of anticipation, excitement, and scepticism. After all, in order to get its price cranked down to the more affordable rate something's got to give – the question is: what is it?

As the reviews of the headset hit the internet today, things are fairly split down the middle between positives and negatives of the device. However this is what makes for interesting reading and there's one glaringly obvious feature that strikes up a big, red 'X' for people's experiences. 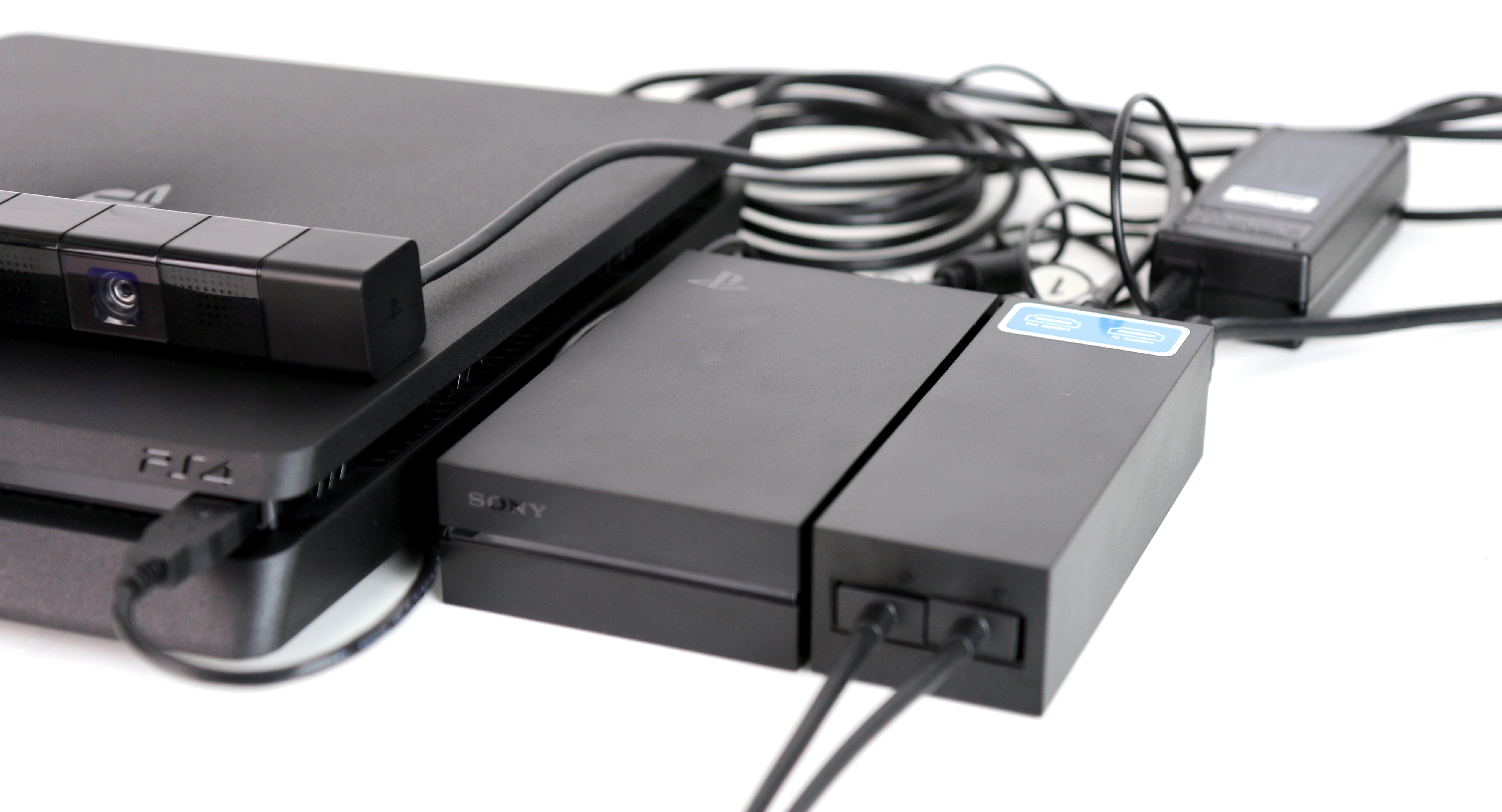 A bit of a wire-fuelled rats nest

Speaking from my own surprise, I hadn't realised that the set up wasn't as simple as I'd originally assumed. Rather than plugging your headset straight into the PS4, you have to run it through an additional processor which looks to be about a third the size of the console itself. So, that has wires, the camera has wires, the console has wires; it's one step away from Oprah Winfrey.

Another blunder is that despite PlayStation's recent event in New York, the PSVR's processor unit doesn't pass through HDR. If you don't have a HDR-enabled TV, feel free to skip over this bit but those that do are missing out on another level of definition. While the PSVR processor can feed 1080p and 2160p signals across the simple HDMI cable it can't pass the HDR, which means that you have to unplug your system any time you want the benefit of your lovely, expensive HDR TV. This brings me on to the next point-

According to numerous reports, the current set up – with the current PS4 console – doesn't actually perform the best compared to other headsets. Whereas the Vive and Oculus run at a tasty 2160 x 1200 display with a 110-degree field, the PSVR only just skims their ankles at 1920 x 1080 resolution with a 100-degree field. As Kotaku's review pointed out this made it easy for the PlayStation camera to lose tracking and pull you out of that immersive experience.

They point out that where Sony has been faithful to their existing products, they may have shot themselves in the foot by compromising. "It’s difficult to shake the feeling that this older hardware has been conscripted into the service of a pursuit that is beyond its capacity."

Older PlayStation tech is the devil

By far the one consistent complaint through all of today's reviews has been that the PlayStation Move controllers are just wrong on all accounts. Released six years ago, the controllers are technological grandparents trying to keep up in a young 'n' hip dance class. It does its best but ultimately falls short as the detection is inconsistent. The Verge stated "The PlayStation Move controllers are painfully limited compared to either Oculus Touch or the HTC Vive remotes, simply because their interface is a bad fit for VR."

The same can be said for the (not included in most bundles) PlayStation camera. Kotaku also provided an interesting gif in which the character constantly shakes on screen like a Parkinson's sufferer. With VR-related nausea a past crutch for the PSVR, this isn't looking good for those with a more sensitive stomach.

It's cheaper – but it's still bloody expensive

The PSVR's selling point is without a doubt its price difference, sitting at a more commercially affordable rate than the Vive and Oculus, and you don't require a stonking PC to play it. You do however have to fork out £350/$399, plus £49/$59(ish) for the camera, plus £69/$100(ish) for two Move controllers. Suddenly it isn't so cheap anymore. Not to mention on top of that price you've then got the price of the games, each between £15.99 - £49.99.

So in total that 'commercially cheaper' option puts you up to around £470-£500 which is pretty steep, especially considering it doesn't yet have a melt-your-mind, must-have game to send us all scrambling. I fear that it'll miss out on the wonderful work available from indie developers who perhaps don't have voices quite loud enough to reach PSN.

I guess we'll have to wait and see. Until then, check out these cracking articles and decide for yourself: Kotaku; Eurogamer; Techradar; UploadVR; The Verge; Tech Crunch; Pocketlint.

5 reasons why the Google Pixel phone will fail