Find the clues; solve the case

Updated 29th September, 08:44 AM: In case you couldn't guess from the title, Agatha Christie: The ABC Murders is now available on iOS. 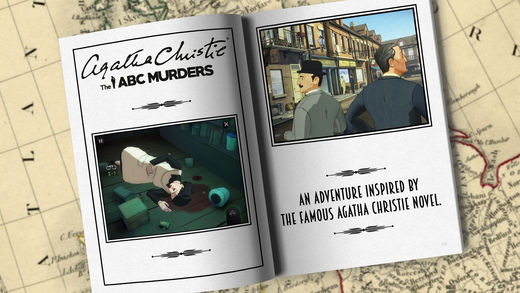 An excellent game for players who love piecing together clues and solving mysteries, The ABC Murders requires you to use your wit, not your gun.

Grab it here on the App Store for a tidy £4.99/$6.99. Though it is coming out on Android it hasn't yet appeared on the Google Play Store so we'll be keeping an eye out for it today. Happy hunting, Detectives!


In February of this year, Agatha Christie: The A.B.C. Murders released on PlayStation 4, Xbox One, PC and Mac, and now it's headed to mobile later this week.

You embody famous detective Hercule Poirot in this retelling of this famous novel. One morning you receive a letter signed by mysterious serial killer, A.B.C., saying that there will shortly be a murder.

Unlike most modern detective stories, your only weapon is your knowledge in this third-person adventure game. Explore crime scenes, solve puzzles, interrogate suspects, and attempt to get to the bottom of the crime before more blood is shed.

Using a striking, almost comic-book design similar to Telltale's distinctive style, the game works entirely on observation – that is its charm. Without good observation, or wise choices in conversation, you may miss vital pieces of information that could make or break your investigation.

Agatha Christie: The A.B.C. Murders is coming to iOS and Android on the 29th September and will be a premium title.