Lumines: Puzzle and Magic review - Still one of the best puzzlers

Lumines: Puzzle and Music is, well, it's Lumines really. So if you like Lumines, which you probably do, why not download it and have a play and a smile?

If you don't like Lumines, or you've never played Lumines, or you just want to read a sentence that doesn't have Lumines in it, then keep reading and we'll see if we can help you out.

Basically this is a puzzler with a musical twist. The logical conclusion of that Tetris music video that came out ages ago. It's bright, it requires brain smarts, and it's a lot of fun.

The game plays like this - blocks are dropping from the top of the screen in groups of four. There are at least two different colours, and you need to group them into squares or rectangles of matching hue. 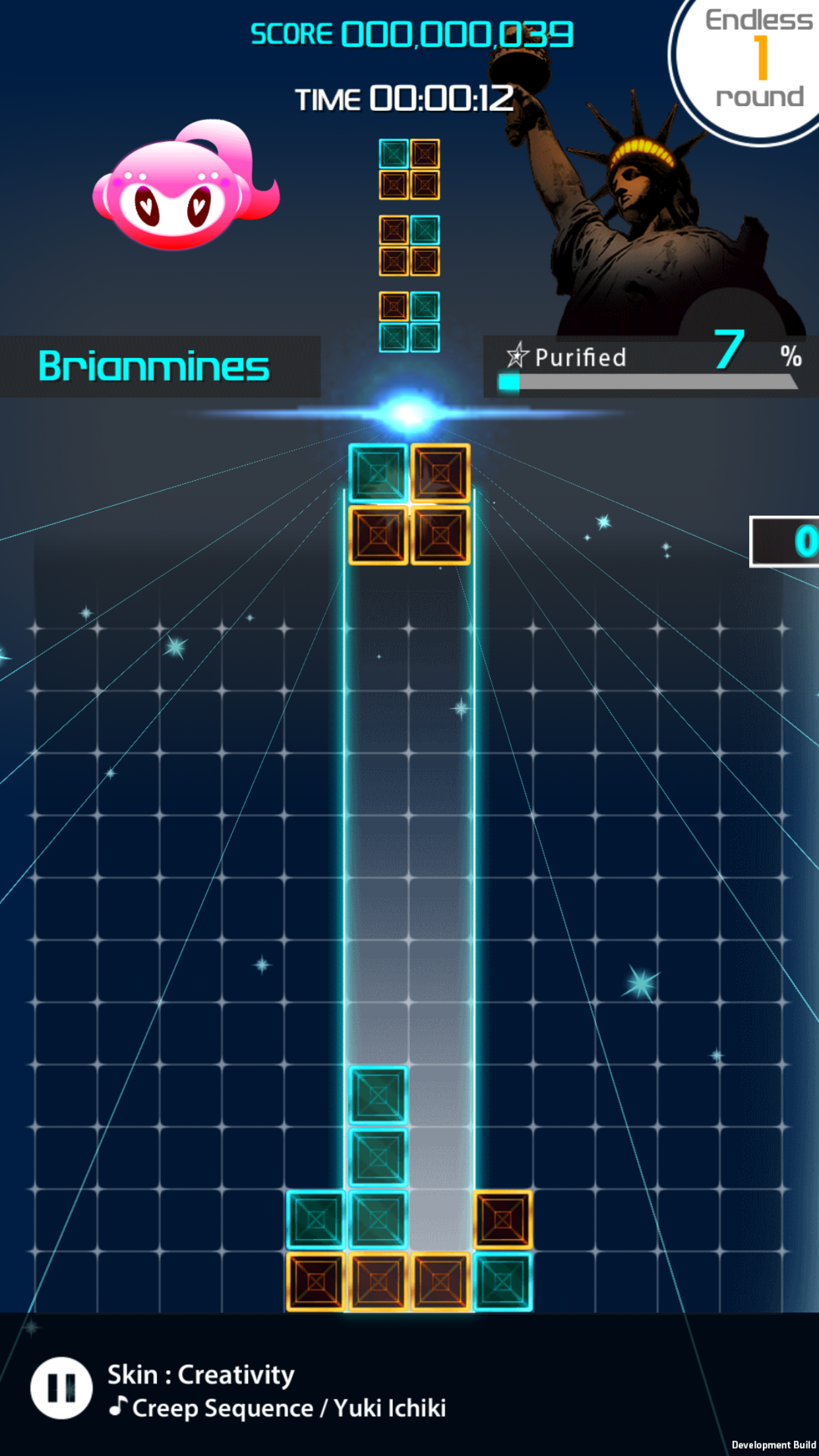 You can tap to rotate the squares, and swipe to drag them down faster. A line sweeps across the screen in time to the soundtrack, and when it passes over a completed four-sided shape, it clears them from the board. Keep doing this, essentially.

There are a couple of different game modes. One's the classic endless Lumines experience. The other needs you to clear a set amount of blocks, earning a high score as you do, to unlock new levels, skins, and avatars.

You get different difficulty settings too, with the line swooshing across the screen at quicker speeds the tougher things get. Once the pile of blocks reaches the top of the screen in any mode it's game over.

It's not the most innovative experience any more, since Lumines has been rolling about in various guises for a while, but there's still an awful lot of puzzling fun to be had here. 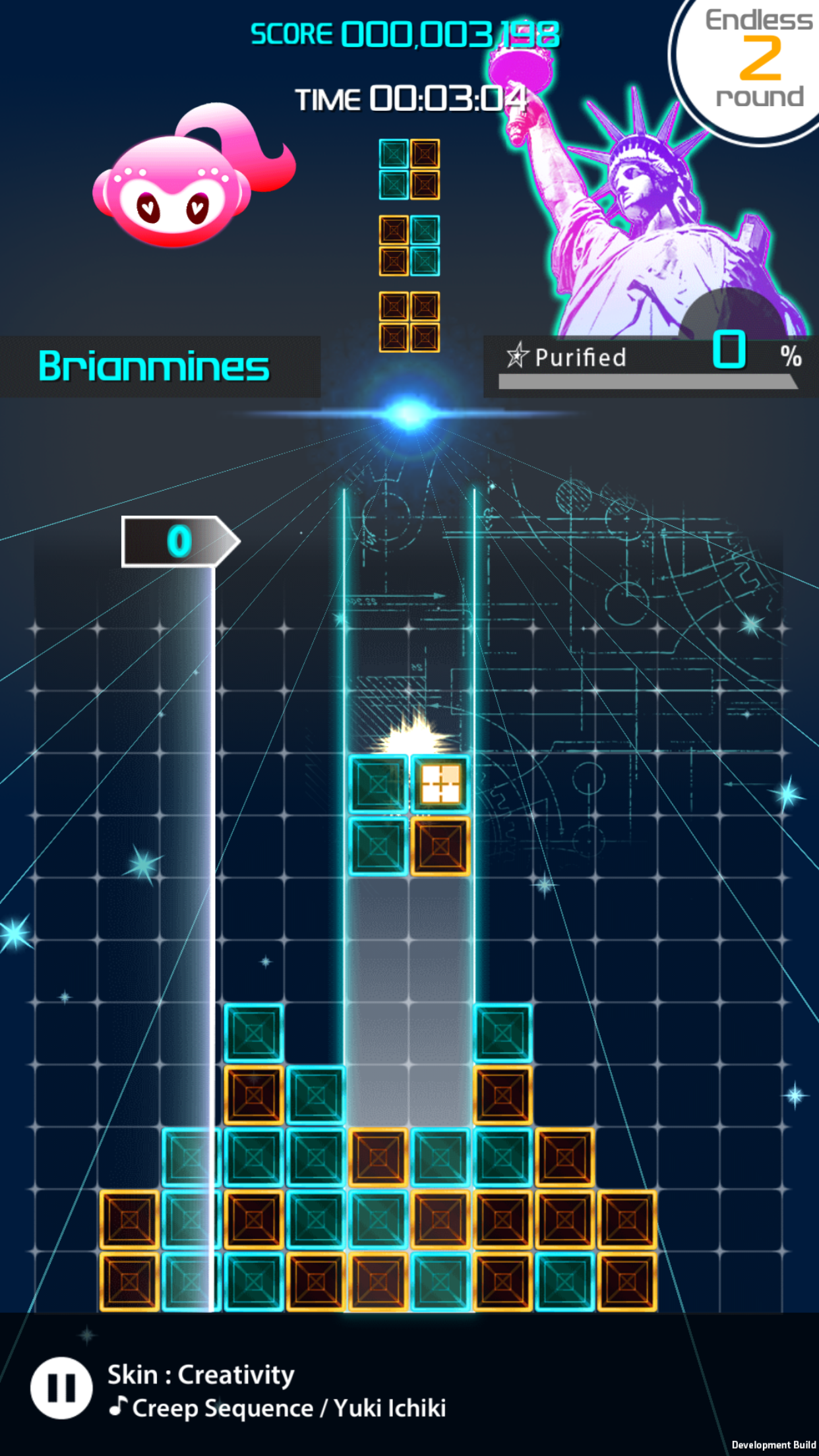 There are a few tweaks here and there, and some new tracks to play along to, but at its core this is still the same old Lumines experience. And that experience is as solid and dependable as it ever was.

Lumines still remains one of the best puzzly ideas that modern gaming has come up with. And it's nice to see it remaining so resolutely itself in an era of free to play reinventions of the classics.

If you're a fan of puzzling and you fancy playing one of the best examples of the genre on your phone, or if you're not and you just fancy something smart and fun, then it's well worth picking up.

Another excellent entry in the Lumines canon. It might not be the most original, but it's still an awful lot of fun
By Harry Slater
| Sep 2, 2016 |
iOS
Find out more about Lumines: Puzzle & Music