By Harry Slater
| Apr 14, 2016
Virtual Reality + Oculus + Other VR
|
The Climb
Subscribe to Pocket Gamer on

I've got bruises on my knees from climbing up a rock chimney next to a waterfall in spate in the Peak District on the weekend.

I'm telling you this to establish my credentials as a man who occasionally climbs up things. I mean, I don't do it very well, but that's not really the point.

I'm also coming off the back of an evening drinking cocktails, followed by a night on a broken airbed, and I dragged my corpse out of bed at quarter past eight.

This information is a glimpse into my current state of mind. I am tired, I am sweating out gin, and there's a very real chance that my spine is going to need resetting in the next couple of days.

And this brings us to The Climb. It's Crytek's big VR swinger, a game about climbing up some incredible rock faces from the relative comfort of your headset.

It looks stunning. There are times when I'm clinging to a sprig of rock with my fingertips, swinging my head around to take in the incredible vista that spans out below and behind me.

This is a game that throws the adage "don't look down" out of the window. Looking down is a big part of the fun. Because you know if you miss your next handhold you're not going to die.

And I'll be honest, I miss a lot of handholds. The controls are simple. I'm using an Xbox controller, and the two shoulder triggers control my left and right hands. Tap the bumpers to re-chalk your fingers, and press A to jump.

You position your hands by moving your head around. When they're pointing in the direction of a rock you can grab your fingers spread. 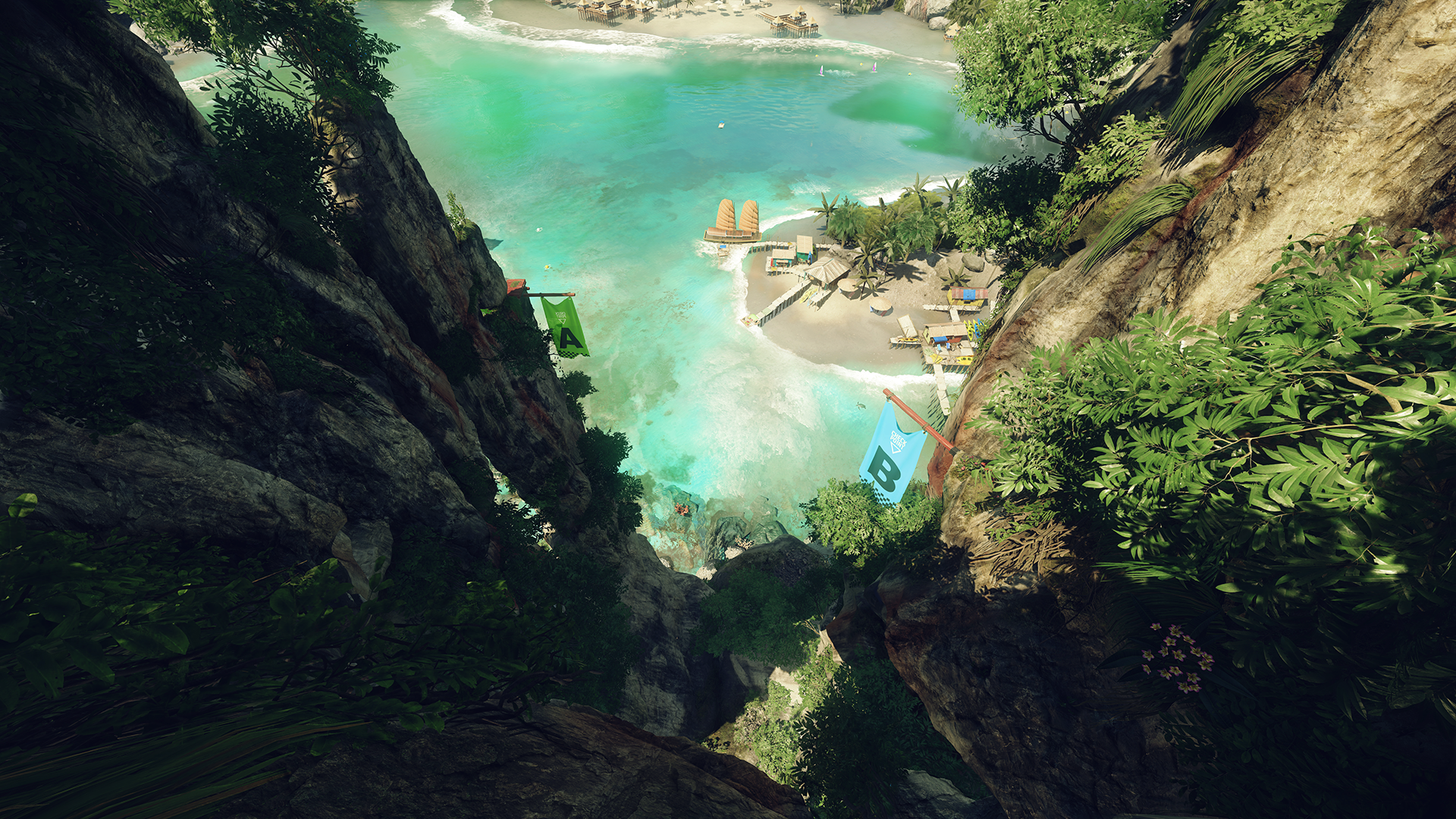 There's also a timer for how long you can stay dangling on a single hand. The controller starts to vibrate and then after a while you drop.

Interestingly when you're falling you can grab at the rock to try and arrest your fall. It made me feel a bit like Tom Cruise in that film where he falls off a rock face.

But here's the kicker - despite the fact that I'm a wreck of poisons, aches, and exhaustion, I'm never jolted when I miss a leap and plummet to my death.

Don't get me wrong, the game is fun, and dangling around on a mountain checking out incredible views is interesting, but the key to VR's success is immersion.

I've played other games and been shocked by them, felt like I was in true jeopardy when things went wrong. And The Climb doesn't really do that.

In a weird way I think part of it is down to the fact that you're just a pair of hands. There's no other corporeality to the game, and so when you tumble to your doom, flailing madly, it doesn't feel real.

Plus the act of climbing is far more than putting your fingers into the right place and throwing yourself in the vague direction of an outcrop.

I'm not demanding authenticity, but if you're strapping a bulky box to your face then the game needs to offer something extra, and I didn't walk away from The Climb with the feeling that it had.

I mean, sure, I walked away clammy and a little more nauseous than when I'd started, and I'm pretty sure I accidentally stomped on another delegate's foot while I was trying to make a particularly tricky leap.

But I didn't flinch when I fell off. In fact, I just sort of giggled and tried again. And then fell off again. And so on.

Play Oculus Rift games on your HTC Vive with LibreVR

Tackle puzzles and navigate platforms in the handdrawn platformer Toby: The Secret Mine