As I glare down at the waves crashing a dizzying height below me, I start to sweat slightly, looking for another handhold.

I see one, but it's across the chasm i'm dangling over precariously. I can do it, but i'm going to have to jump. I sweat more, gripping so hard my hands hurt, and then I jump. It feels like rock climbing, but it isn't.

This is Crytek's new VR IP, The Climb, and as a bit of a rock climber in my spare time, what really amazed me was how Crytek managed to nail the feeling of clambering around a rock face. It has no release date, but you'll want to keep an eye on it.

Sadly, although I felt like the guy on the left, I'm the guy on the right, clutching a controller as I stood awkwardly looking around in the headset.

I don't have arms like the guy above, capable of cracking walnuts one handed and easily scaling a rock face by carving handholds with my fingers, so i've always been limited to bouldering at climbing centers with my puny arms and poor technique.

The Climb takes this away and means that by clinging on to just a pad, I can experience the joy of climbing without any of the typical downsides like needing to train or potentially becoming a greasy smear on the rocks below, and as a result I loved my first hands on.

Crytek said that the reasoning behind this was simple: They have a lot of rock climbers in the team and own a mature graphics engine that's good at rendering terrain and greenery. When they played a prototype they knew they had something special. 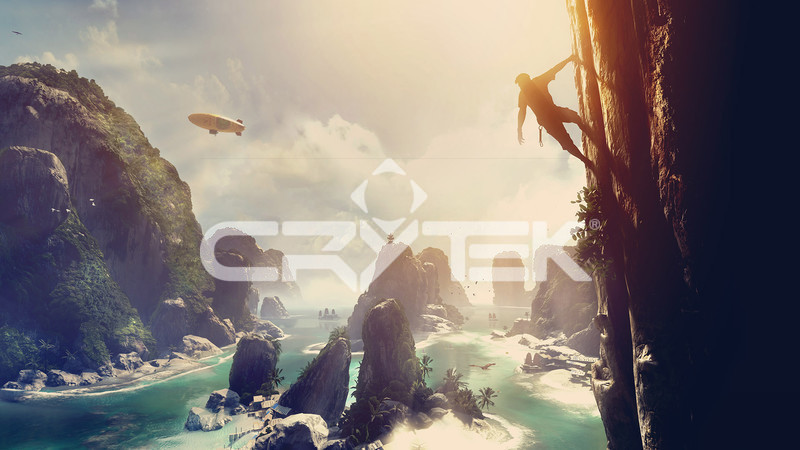 It feels more like a puzzle game than anything else, clinging on to your handhold while trying to find the quickest path across the rock, keeping your hands chalked. The chalking system is the titles gamiest conceit, a grip stamina system that you can renew whenever your hands are free, but stop you from making too many outlandish grabs.

You're also missing your legs, a concession to design that Crytek say either broke immersion or were too fiddly to control, depending on what they tried. Oddly, I didn't notice their loss too much.

You'll be able to play this with an Xbox One controller or the half moon Oculus Touch controls on launch, although sadly they only had a controller for my to try out.

Anyway, here is a trailer. 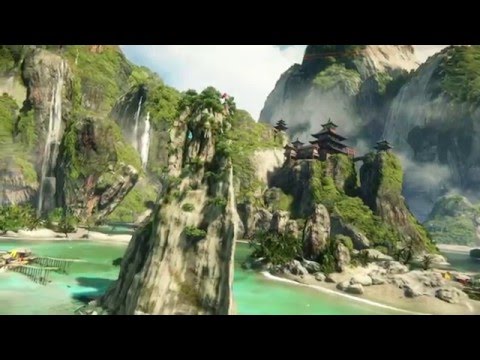 So, I'm excited for The Climb. I only scaled one of the games many routes, but found it engaging and fun to play. One to watch.