Out now: Plummet dangerously through the center of alien worlds in Planet Diver

Let's start this new month with a brand new game, shall we?

It's called Planet Diver and sees you playing as a daredevil who recklessly wingsuit dives through the middle of procedurally generated alien planets.

Your task is to guide her through the dangerous flora and fauna that pesters her on her journey down. Dodging rock formations and lava falls would be handy too, I should imagine.

There are boss fights too. You can't miss 'em: large monsters suddenly appear above and below, looking to gobble her up.

Your other concern while diving is collecting "star stuff" as it's this that buys you new outfits and upgrades, and lets you travel to new planets. 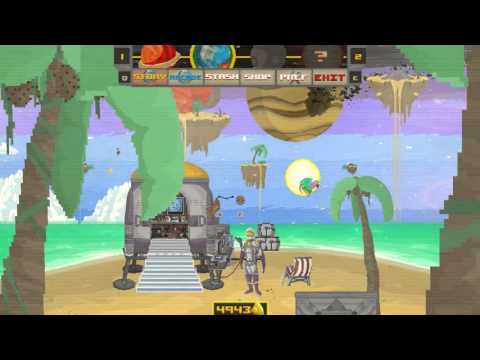 Planet Diver has a story-based campaign mode and an endless arcade mode. So, yeah, it if grabs you it should last you a little while.

Planet Diver - Not quite the ace of BASE