Influenced by Tron and original Robotron, you must survive relentless enemies in an arena that changes its layout with each new wave. 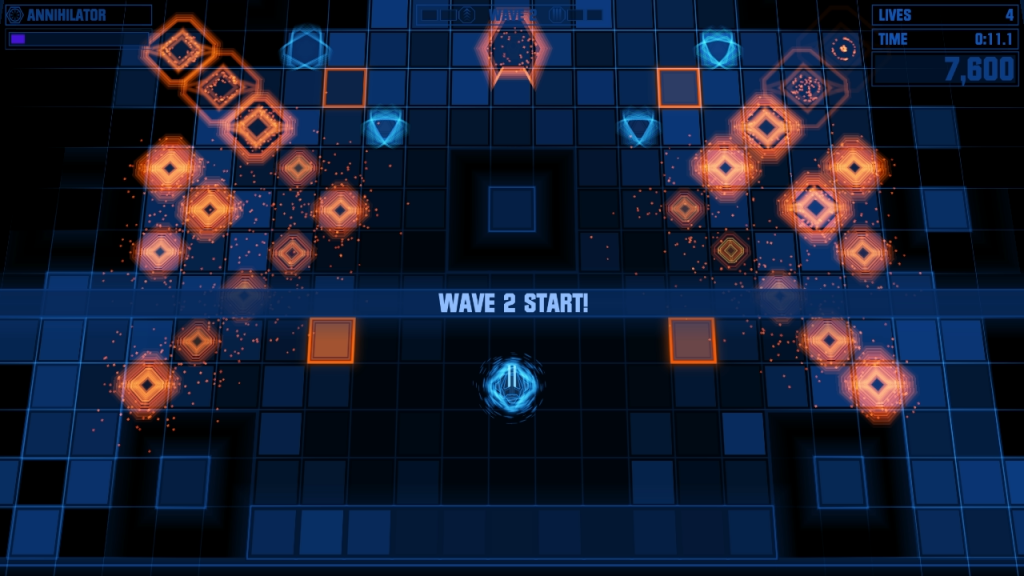 Collecting pods scattered through the arena increases your score and charges your special ability.

Your ability can range from teleporting to summoning drones, among others.

The game will feature over 50 waves of hectic action, multiple difficulties, and MFi controller support.

Devastator is slated to release in September, and will cost £1.49 / $1.99. An Android release is expected later this year.

Shutshimi is a silly shmup about a muscle-bound goldfish, releasing on PS Vita next week

Davastator - A twin-stick punch to the face

Out at midnight: Inferno dev Radiangames says Devastator is one of the most difficult games on iOS