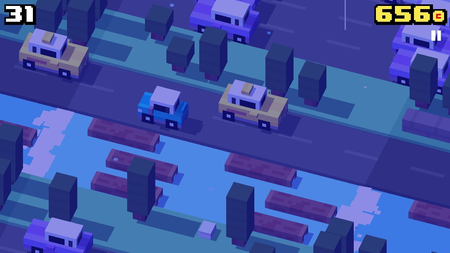 The cheeky sods at Hipster Whale have added a bunch of new characters inspired by the UK and Ireland to boxy traffic dodger Crossy Road - and playing as these new British heroes will often cause it to start raining.

How very dare they. We'll have you know that it hasn't rained here for at least an hour.

New characters range from typical British wildlife like badgers and foxes to chimney sweeps and 'fancy gents' like we all live in the flipping Victorian era. There's also a box of fish 'n chips.

As usual, you can get the 14 new characters by spending real money, or using coins in the gachapon machine. Three secret characters are added too and we'll let you know how to unlock them as soon as we figure it out ourselves.

Crossy Road is free and available on iOS (where the update is out) and Android (where it will be available soon).

Corridor Z is an action-focused auto-runner with zombies and cheerleaders, and it's out tomorrow