Updated on February 13rd, at 8:43: More developers have come forward to corroborate our report that Apple is asking app makers to censor screenshots and icons. Check out the updates at the bottom of the story for more. 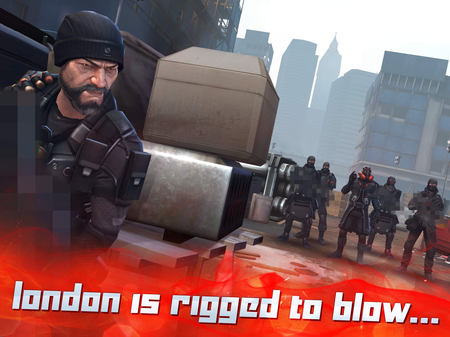 Multiple developers have told Pocket Gamer that Apple is starting to reject games and updates from the App Store, if they use screenshots that show people holding guns, or being maimed or killed.

For the recently released Tempo - which has been chosen as Editor's Choice by Apple - developer Splash Damage has actually pixelated the guns to hide them in the screenshots.

Like most rules on the App Store, it's not one that has been universally applied. The new Clash of Clans-alike Gang Nations features cartoony characters holding AK-47s in its screenshots. And the updated Bullet Rush shows sniper rifles. 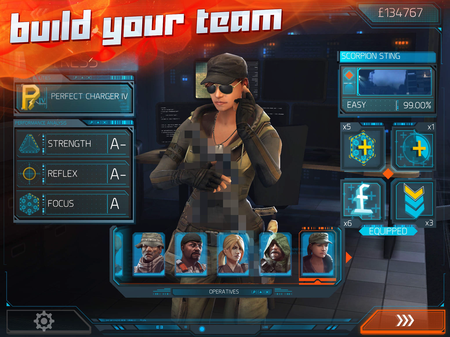 And OrangePixel had to fight Apple when it rejected an update for GunSlugs II, because a screenshot featured tiny pixelated people getting killed.

According to that developer, Apple doesn't want screens that "show violence against a human being". 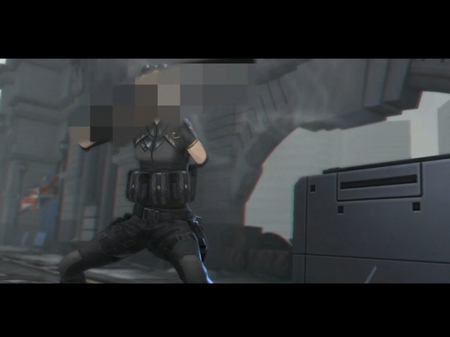 Apple's prudish rejection criteria (and the way it treats video games differently to movies) has long been a bone of contention for developers who want to tackle controversial topics.

But going after guns and violence? Now that's a worrying precedent…

Updated on February 12th, at 18:48: Another developer has come forward to say that Apple isn't happy about the depiction of guns on the App Store.

Team Chaos says its original icon for Rooster Teeth vs. Zombiens had to go, because the hero was holding an NES Zapper gun.

The original icon on the left, which was rejected. The changed icon, on the right.

Updated on February 13rd, at 8:48: Over at NeoGAF, a developer at PikPok says its app preview was rejected for this reason.

A developer named Elektron Games told Pocket Gamer that an update for its game Tap Army was rejected for having “characters pointing guns at each other” in its screenshots, which hadn't been changed for the update.

The studio had to change its icon and screenshots, as shown below - rejected on the left, accepted on the right. 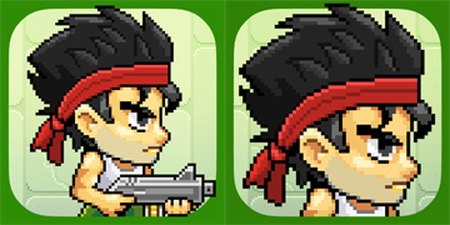 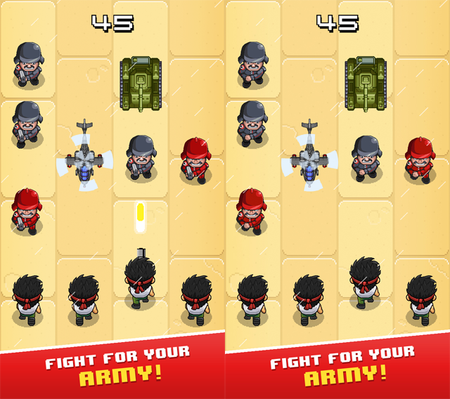 A spokesperson for Elektron says that Apple mentioned that "since the metadata [meaning screens, etc] is visible to all users on the App Store, this content must meet the 4+ [age] rating requirement, even when purchasing is restricted by a higher rating."

As Instapaper creator Marco Arment points out, this has been part of Apple's rules forever, basically. Rule 3.6 in the app review guidelines states "apps with App icons, screenshots, and previews that do not adhere to the 4+ age rating will be rejected".

It seems like Apple has started actively enforcing that rule.