Hori and send me one 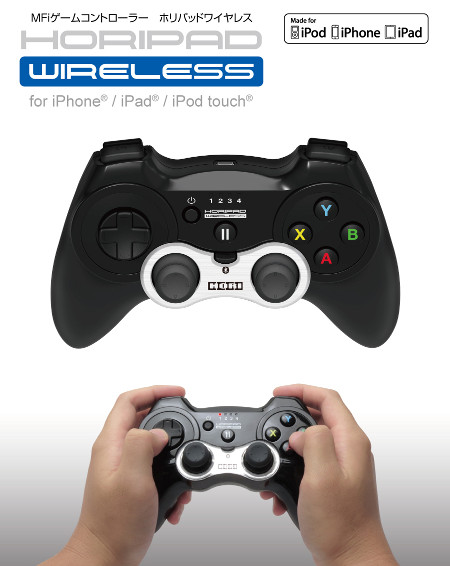 Controller specialist Hori is releasing a pad for iPad and iPhone. It's got lots of buttons, it's called the Horipad Wireless, and it looks like a cross between a 360 controller and a Dual Shock.

You can find a lot more information about the pad at Hori's official site by clicking right here. It's all in Japanese though unfortunately.

The pad appears to come with a stand that lets you prop up your iPhone or iPad. It looks like the pad has been designed with Monster Hunter in mind as well, which is no bad thing.

Whether the Horipad Wireless will make it out of Japan remains to be seen, but we'll let you know as and when we find out.

You're surrounded by zombies, you can't see them, and you've got a chainsaw. Get to work.