Naps Team is bringing its cult brawler series Gekido to the "touch generation".

The team reckons it could be with us as soon as early 2015, but that's not confirmed yet.

All that we do know is it'll have us playing as Travis and, seemingly, fighting zombies (among other enemies, presumably).

As you can see in the single screenshot that Naps has released (below), this Gekido game has a hand-drawn 2D art style.

That differs greatly from the original Gekido: Urban Fighters, with its large 3D polygons, and which was released for the PlayStation 1 back in 2000. 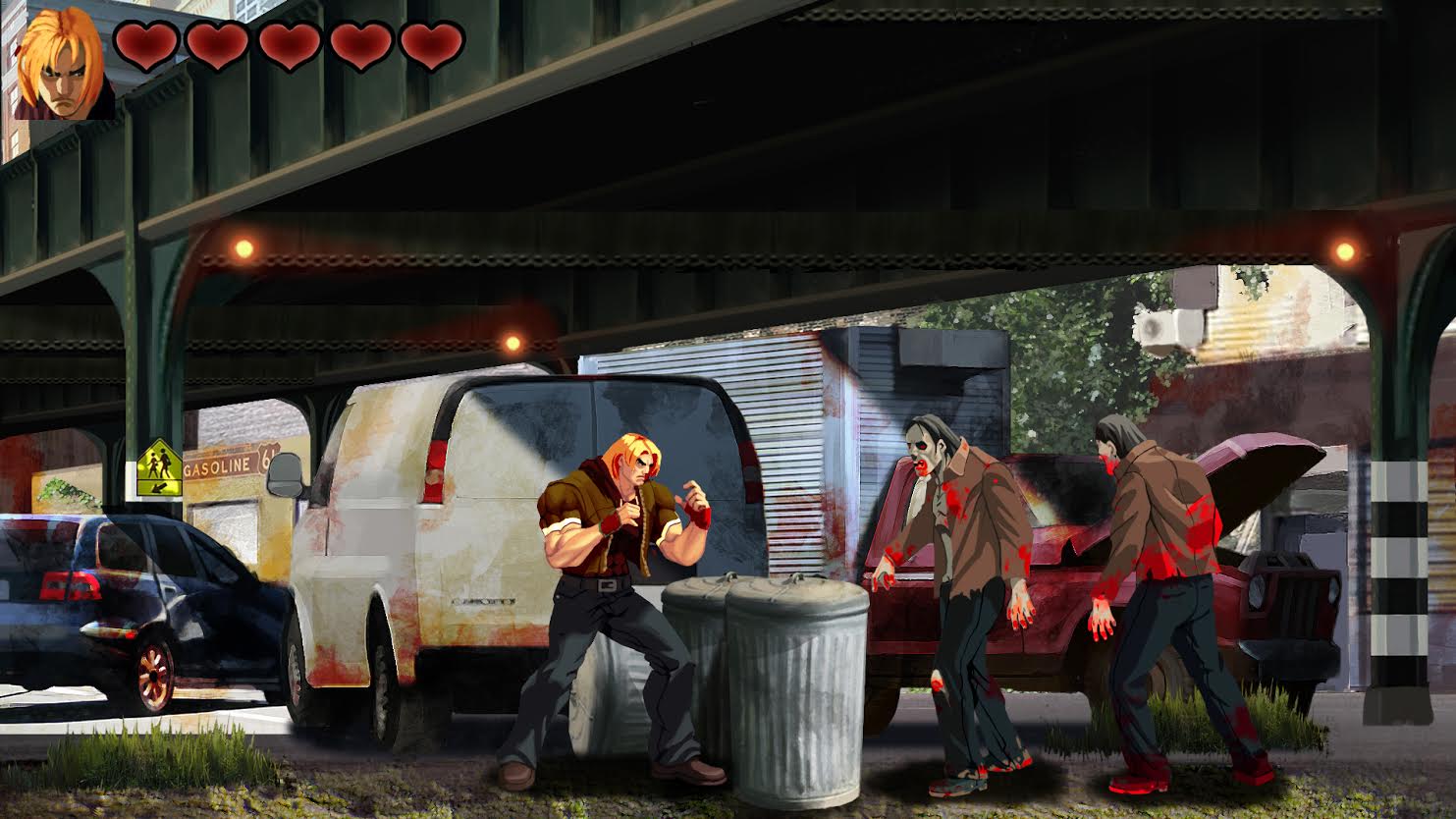 If you're not familiar with the series (and let's be fair, you're probably not), it plays quite a bit like classic Streets of Rage.

The first game involved fighting through thugs to rescue a kidnapped girl from crime boss Kintaro. You played as Travis, who we presume is the guy you also play as in this upcoming Gekido game.

There was also a spin-off game made for the Game Boy Advance called Gekido Advance: Kintaro's Revenge.

Plus, a sequel to Gekido: Urban Wars was announced back in 2005 called Gekido: The Dark Angel. As you can see with that link, we covered it, but the game never actually showed up.

Another Gekido spin-off game, this time for the Game Boy Color and developed by Infogrames, shared the same fate as The Dark Angel.

However, Naps did share with us a couple of screenshots of that forgotten, unreleased game. You can see those above.

Hopefully, this new Gekido game won't go the same way, and will be released for mobile some time next year.

We'll let you know more about the game when we get more details.