Evolution Studios has had to pull the MyDriveClub companion app for its PS4 racing game Driveclub today after the game and app's servers were overloaded.

The PS Plus Edition of the game was also pulled in order to ease the pressure on the servers.

"Everyone at the studio is now working hard to get new updates ready for the game servers to improve connectivity.

"We will be rolling out these updates day by day and will keep you informed," wrote a representative on the Driveclub Facebook page.

It's funny, because the companion app came only out today on iOS and Android, so it barely lasted a few hours. You are an eager lot, eh? 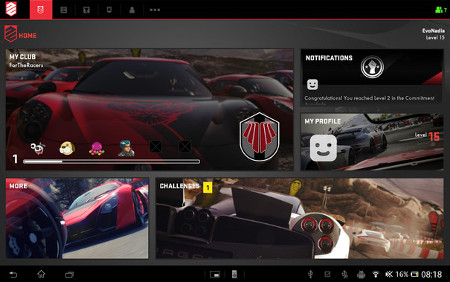 The MyDriveClub app lets you keep track of your in-game stats, set challenges for rival clubs, and watch livestreams.

It also has a replay viewer so that you can analyse previous challenge attempts from a top-down view.


We'll let you know when the MyDriveClub companion is re-released on the App Store and Google Play.

Fix broken machines with a mechanial owl friend in greasy puzzler Machineers, out on iOS