5 Kemco RPGs that are worth your time (and your money)

Diamonds in the rough

Chances are, if you're a mobile RPG junkie and are routinely checking the App Store for new adventures to embark on, you've seen Kemco titles dotting both Android and iOS venues.

With so many of them available for purchase seemingly every other week, how do you discern which are worth your hard-earned cash and which are better left unplayed?

That's an excellent question, and one easily answered by consulting this list. Find out which of Kemco's growing stash of RPGs is best for you and get down to business with a good old adventure.

Symphony of Eternity
Buy on Android / Buy on iPhone 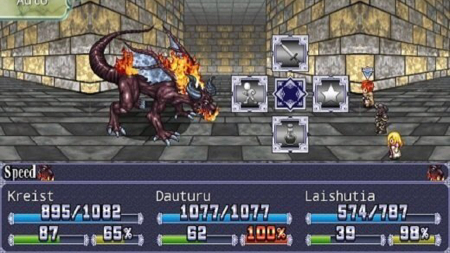 Symphony of Eternity is one of the most traditional, staunchly by-the-books JRPG you'll ever see on a mobile device, but that's all part of its charm.

Though many of Kemco's ilk refuse to step into the modern era, Symphony of Eternity has to be one of the most recognisably formulaic role-playing games the developer has created, but it revels in its simplicity and offers an engaging story and battle system that work in tandem to weave a tale you'll want to come back to.

Unfortunately, the localization is poor, and the graphics are dated, so if you're looking for something with a more modern aesthetic you may want to pass it up. If core, paint-by-numbers Japanese RPG mechanics are your speed, though, this part of Kemco's stable will no doubt appeal to you. 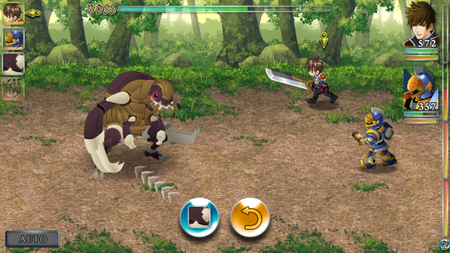 Symphony of the Origin is actually a prequel to Symphony of Eternity, but you wouldn't know that from the look of things. It's absolutely gorgeous, with massively updated graphics, and it's easily the most modern-looking of the set.

What's more, once you complete the game, you can go right back at it with a New Game+, where the difficulty is dialed up just a bit and your characters retain the stats earned from the previous playthrough.

It's also balanced quite well and runs about 12-15 hours, so the price is certainly right. 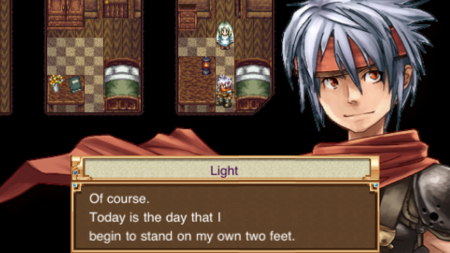 Fantasy Chronicle is another by-the-books tale of a boy who oversleeps, finds his village set on fire, and sets off to rescue the girl, saving the world in turn.

This particular project is a collaboration between Hit-Point and Kemco, and is easily one of the most polished offerings the publisher has to offer.

Akin to Dragon Quest in many ways, it features a specialised Guardian Beast system that asks players to assign a powerful beast to each character while providing offensive or defensive magic and attacks.

Plucky characters, exciting battles, and a guild-based mission system ensure you'll have plenty to do for the long haul as well, making this one of the better choices from Kemco, especially for beginners to the genre. 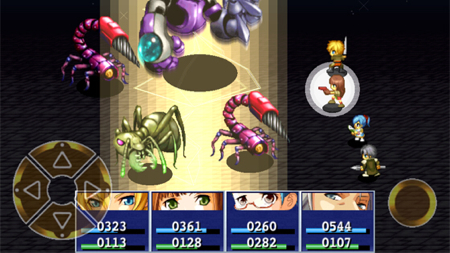 Eve of Genesis follows along with the whole "Genesis" trend that Kemco seems so keen on, and this entry is indeed a delectable treat for hardcore SNES RPG fans thirsty for a meaty new experience on their mobile devices.

Upscaled graphics look excellent on the iPad if that's where you choose to play, and while it's linear all the way up until the end, it's an affordable adventure that's well worth the admission price.

Covenant of Solitude
Buy on Android - Buy on iPhone 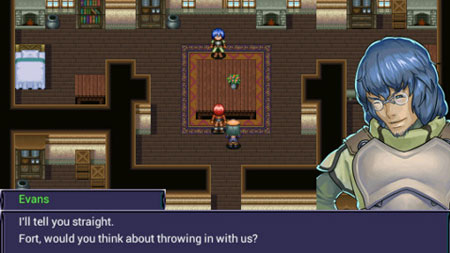 Fort is probably not a name you'd associate with a hero (or any human being ever, to be honest). But that's the name of the protagonist in Covenant of Solitude, and he's called upon to deal with the encroaching forces of an evil Empire.

Luckily for Fort, he's got blood of the genies through his blood and can summon bloodthirsty monsters. You'd think that would be a pain, but it actually comes in handy when you can summon a menagerie of beasts to help in battle.

Like a lot of games in Kemco's catalogue, it pays a huge debt to the 16-bit RPGs of yesteryear, and has been expertly crafted to evoke pangs of nostalgia from those who grew up importing Square Enix RPGs and an NTSC-to-PAL adaptor for their Super Nintendo.

But this one earns it. In our Silver Award review, we said "one of Kemco's most polished Android offerings yet, this ode to the golden era of 16-bit RPGs is addictive and delivers an impressive visual punch."