To wrap up the year, we're talking to the developers behind some of our favourite games from 2013.

Swedish indie outfit Simogo has been a staple of the App Store community ever since it launched playful planetary arcade game Kosmo Spin in 2010.

This year, however, we were treated to a double whammy from Simogo. We got both creepy folklore tale Year Walk and surreal psychological text adventure DEVICE 6. Two terrific games, which both ended up on our iOS games of the year list.

We sat down with Simon Flesser - the 'Simo' in Simogo - to have a spoiler-filled chat about those two games and the future of this indie powerhouse. Pretty soon, though, our conversation descended into an absurd geek-out about obscure adventure games from Japanese developer CiNG. 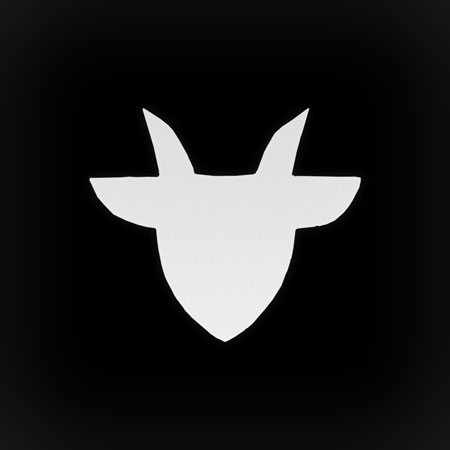 Pocket Gamer: Before Year Walk, Simogo had always made quite colourful, cartoony, and cute games. What made you want to try something a bit darker… a bit scarier?

Simon Flesser: Ever since Bumpy Road, we'd talked about doing something that felt a little more sinister. Not necessarily horror, though.

So, that was always in the back of our mind. And when I read my friend Jonas Tarestad's short movie script called Årsgång, which would eventually become the game Year Walk, the stars aligned.

I was reading up about that the other day, because I was never quite sure how much of the Swedish folklore in the game was real. How much of that stuff is real, and how much was made up by your guys?

Most of it is 'real', or true to the lore, I should say. But we've taken a few liberties with it - as we should. In that respect, then, it's perfectly in line with the folklore tradition.

I mean, making up stuff and lying to children is basically what folklore is about, isn't it?

Absolutely. I always enjoy seeing the list of things that inspire your games. I seem to remember with Year Walk that you mentioned Safari for iOS. Do you remember that, and can you explain how a web browser inspired you to make a game?

It's mostly in navigation. How you swipe along surfaces, the rubber banding effect when you reach the page edges. And it's nice to use a type of navigation that people are already very used to on the platform. It needs little explaining.

I liked the puzzle where you had to pull the screen farther than was permitted by the rubber banding to find the baby. That was great.

That was our favourite, too. It's pretty much everyone's favourite puzzle in the game. We play a little with conventions of the format there.

Yeah, and I think most people have idly tried to use two fingers to pull back the Safari window as far as it will go while waiting for a page to load. 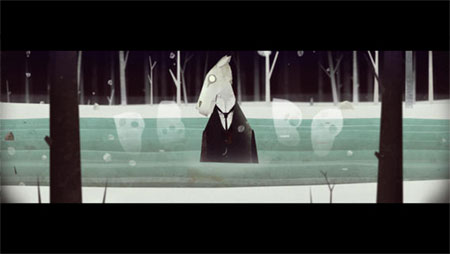 There was also a really interesting marketing campaign for Year Walk with lots of clues and riddles. That must have taken a while - was it worth it, in the end?

We don't really consider it a marketing campaign. It was a fun game we enjoyed playing with a few people that got into it.

I don't know if it was "worth it", but I think announcing it and teasing that early was only positive. I think it's also a game that lends itself very nicely to riddles and meta-games, as the game itself is based around that.

The epilogue, that spilt over into the companion app, was a stroke of genius. Did you have any worry that people wouldn't put the pieces together and would miss the real finale to the story?

I think the game in itself is very enjoyable as a self-contained experience. As you say, though, it really shines when played with the companion app.

We don't do any analytics at all, so I don't know how many players completed the 'full thing', so to speak. The feeling I get, though, is that many, if not most, people actually go through to the full finale.

We weren't expecting many people to actually do that, so that has been surprising.

A lot of people have said to us, in the comment threads on Pocket Gamer, that they think there must be another ending. Are you able to confirm - once and for all - that opening the box and reading the note was the final ending? Or are you going to keep people guessing?

Oh, you're nasty! People will keep searching forever at this rate. 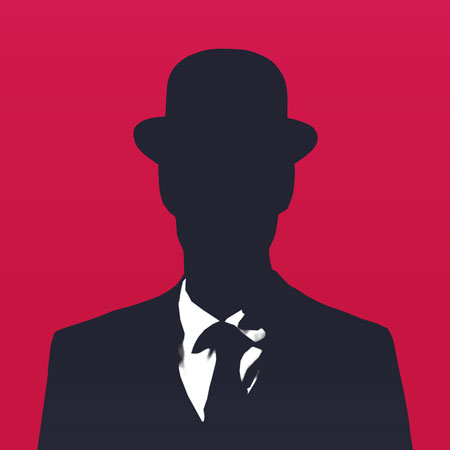 So, DEVICE 6. Congrats on 100,000 sales! Were you ever concerned during development that it might not be as commercially successful as your other games?

Not worried, no. Although we were sure about the game's qualities and uniqueness, we were prepared for it to get a slightly more modest commercial reception. You know, since it is a little different.

I think the game's TV and film influences are pretty clear and you've talked a lot about them before. But I would like to hear more about the games that inspired DEVICE 6.

Zelda is always an influence, of course. And in this case, the Lens of Truth from the N64 Zeldas was a particular inspiration. We might actually be paying homage to this in the game.

I think it's quite obvious that 999 has been an influence, too. Mainly because it's the only escape the room game I've actually finished. I've always been very curious about the genre, but never really played through many of them, as many of them seem very dry in presentation and too light on story.

Then, there's Layton, of course, with its much more traditional riddles.

And I know you're a big fan of CiNG games...

Oh, of course. Yeah, I really love how CiNG breaks down the borders between the player and the game by integrating the hardware into the story and puzzles.

I am playing Last Window now, actually! (Well, not right now, but it's the game I am playing at the moment.)

It is, for better or worse, Hotel Dusk 2. So, it's a little slower and less suspenseful than the Another Code games, but, well, CiNG has a very unique, warm tone.

Last Window has a lovely moment in it, though - you win a Game & Watch game based on that universe's popular thing "Pinky Rabbit" (it's in the first game, too. I believe it's even the first puzzle). And you can play it on your DS in that odd position, and you see Kyle looking down on it on the other screen. 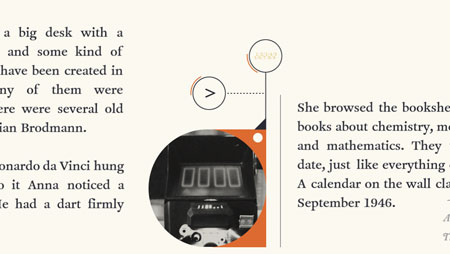 Haha, brilliant. Actually, speaking of tone, what would you say is Simogo's 'tone'. Or what do you think are the consistent qualities that can be seen in everything from Kosmo Spin to DEVICE 6?

I'm not sure it's a tone as much as it's a 'feel'. In interactions, sound, design sensibilities.

So, I don't know if you remember, but when I played DEVICE 6 and wrote the guide, I solved a puzzle by recording my iPhone into a microphone and reversing the audio.

You emailed me to say that I totally overcomplicated the solution, but said you would have liked to have done puzzles like that. Why did you think you couldn't?

First of all, I think very few would have access to the hardware and software to complete it. You always have to compromise when it comes to that - especially on iOS and PC where you can't be sure exactly what the player will have access to.

Also, it seems a little nasty, doesn't it?

Yeah, I guess so. It wouldn't be much fun if you're playing DEVICE 6 on a train and couldn't continue with the story. Did you predict that people would do what I did? In a way, it's quite cool - there are two ways to complete the puzzle.

No, we didn't! But, yeah, it is quite cool. I've actually heard about one other person completing it like that.

CiNG, again, does a wonderful thing like that in Another Code R for Wii. It's not mentioned anywhere that the game requires a nunchaku, but one of the puzzles actually involves simply plugging it in.

I remember in one of CiNG's games that you have to close the lid on the DS for a puzzle. Very clever. 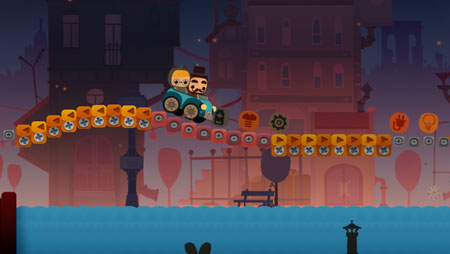 Anyway. Simogo has been around for quite a while now. How has mobile development changed since you started in 2010, and has it affected your studio at all?

Not so much for us, I'd say. It's much the same with a lot of people preaching the latest craze of dos and don'ts. But we tend to do things our way anyway. For us, then, it's not a lot different.

The differences, I think, have more to do with what we want to achieve ourselves, rather than the times changing.

What are those goals?

Does that mean we can rule out sequels to your games? Or would you like to revisit any of them in the future?

Don't rule it out! No concrete plans, but I don't see any reason why we couldn't make one if it seems like we have a good reason to revisit any of the universes. Whether that is in the form of sequels or whatever shape it might take.

Finally, the question that must be asked but can't be answered - what's next for Simogo? Have you decided on your next project yet?

We are toying around with a few ideas for the real next thing at the moment. But we are also actively working on a thing that is a little new and a little old which will hopefully be revealed before the year is over.

Want more? Check out our growing collection of DEVICE 6 articles!

Fireproof's Barry Meade - 'We're not done with The Room universe yet'

Simogo on the powers of textual healing in DEVICE 6, and what the studio is set to serve up next