How to be the best commander in Boom! Tanks - hints, tips, and tricks

It's a Boom! ting

Boom! Tanks is a lot of fun in a grind-heavy timing-based action kind of way. It looks incredibly beautiful, too.

Since you'll want to see more of the game's stunning visuals - especially those pretty snow stages- you'll need a guide to help you expedite your progress.

Luckily for you, we've written one. And this is it.

In this guide, we cover the three key areas of the game: preparation, aiming, and firing.

Get these right, and you'll be the greatest tank commander of all time. Probably. 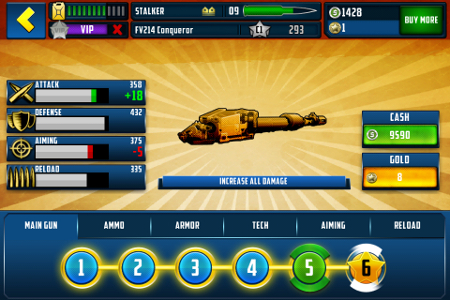 Preparation is the key to Boom! Tanks. By ensuring you have the correct equipment to tackle each situation, you'll waste less Fuel on missions that you couldn't possibly have hoped to win.

Take your time and look through the missions available to you. There's a threat gauge in the bottom right of the mission select screen, so you should use this to judge whether or not you feel equipped to tackle the situation ahead.

Generally, I found that I could conquer three-star situations without too much problem... provided I scored a few Perfect hits during play. But anything higher is usually asking for trouble. In four-star situations and above, you have to Perfect almost every shot. At the five-star level, you'll also need to be lucky and bump into an enemy on a particularly poor run.

Head on over to the upgrade menu and start spending that moolah you've earned in missions. The way in which you upgrade your kit is up to you, but I found that gradually raising each stat - Main Gun, Ammo, Armor, Tech, Aiming, and Reload - at a level pace yielded the greatest rewards. Try to spend all of your money, too, as there's no point hoarding Cash.

Definitely consider purchasing a paint and camo set, too, as you'll get bonus Cash for 'showing' your colours.

Rolling out and taking aim... 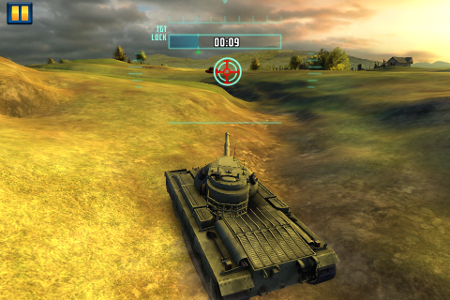 Next, you'll want to choose the right tank for the right job. You only need to worry about this when you've just purchased a new vehicle. Remember, though, that just because you have a new tank, it doesn't mean it's necessarily more powerful than your previous one.

You can complete some missions in higher tiers of campaign by using (theoretically) inferior tanks, for example. Especially if you've spent a lot of money on upgrades already. So, stick with what you know for a bit after you graduate to the next level, and reap the rewards so that you can build up your newer tank.

Oh, and for those wondering: no, you don't have to use premium currency to get access to the higher tiers of tank. You just have to complete the appropriate campaign to unlock access to them.

Onto the battlefield now and the aiming portion of play. Though aiming itself is easy, the trick to getting a good rating here is to use the pre-play animation to spot your enemy.

At higher levels, you'll need to be a Where's Wally? master for a Perfect aim, so get used to using the opening to see your enemy early and ensure you get the maximum accuracy rating. 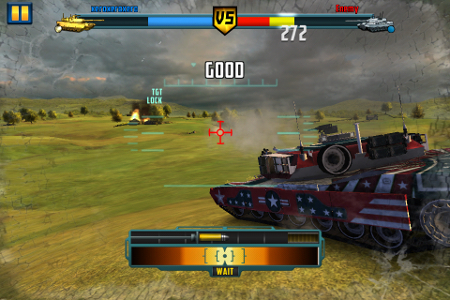 Here's the most important element of play. Yep, the shooty-shooty bit.

Practice makes perfect here. Quite literally. You'll need those Perfect hits, too, as it's crucial for your success in later levels.

Hit the centre of the swing-o-meter and you're laughing. Hit elsewhere, though, and your attacks will be a lot weaker. Remember that you can increase the size of the area with which you can register a Perfect hit via upgrades.

There's one other element to shooting you need to consider - how quickly you want to fire. If you use a Charge tank, you can increase the power of your shot by waiting for the bullet to gain attack power.

It's definitely a technique to be aware of. Think about this, though: sometimes, getting a shot out before your opponent - especially when both you and your enemy have low health - can end the match quickly, and end it in your favour.

After you return to base, just repeat the above process. Easy!