The devils are in the details

Shin Megami Tensei IV won't be available in the US until July 16, but we were lucky enough to receive a review copy of the limited edition box set to put through its paces.

While you'll have to wait a bit longer for the review itself, we figured you'd like a look at what's in the impressive set itself.

Atlus has become known for its limited edition sets lately, but it's really raised the bar with Shin Megami Tensei IV. 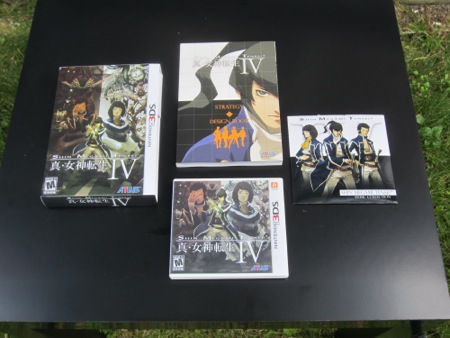 The limited edition box set consists of four main parts: the game itself, a sturdy cardboard slip cover (for storage), an exclusive music CD, and a 176-page design and strategy booklet. 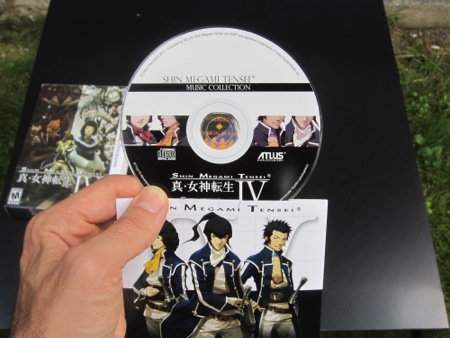 The Shin Megami Tensei music collection disc is something that longtime fans of the franchise will want to listen to straightaway.

Sure, it's only eight tracks long with a ~22 minute run time, but the first track "Reincarnation" is nine and a half minutes of auditory bliss as it features the Shin Megami Tensei theme performed on a full pipe organ. 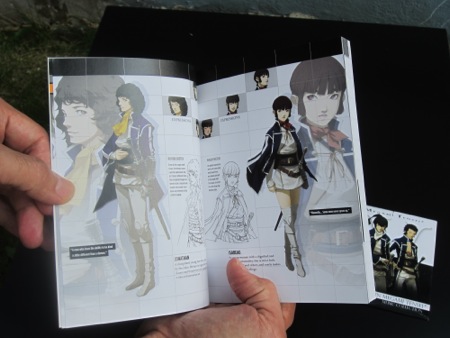 As impressive as the music collection disc is, however, the strategy and design book is the real gem here.

I had some initial reservations about it, as I anticipated that it'd be full of character sketches with a handful of vague hints thrown in - but happily, the exact opposite is true.

The first 15 pages are dedicated art design and music direction, while the remaining 161 pages are a comprehensive - and indispensable - walkthrough of the game itself. 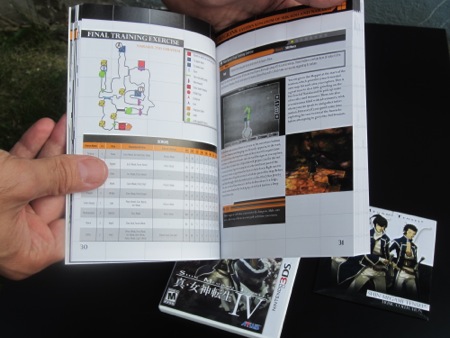 This handy guidebook has been a constant companion during the review process.

While the walkthrough elements provide welcome hints (especially for boss battles), the fusion charts and fusion-by-level guides in the back are particularly useful.

This book alone should easily justify the pre-order of the box set. 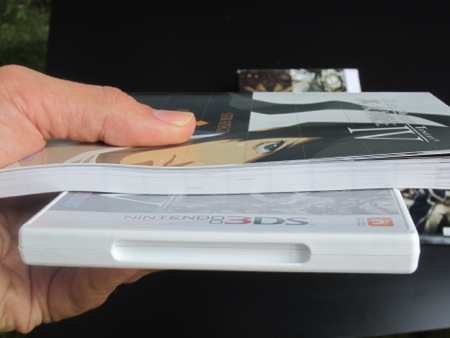 Here's some scale for what 176 pages of awesome look like when compared to the game itself. 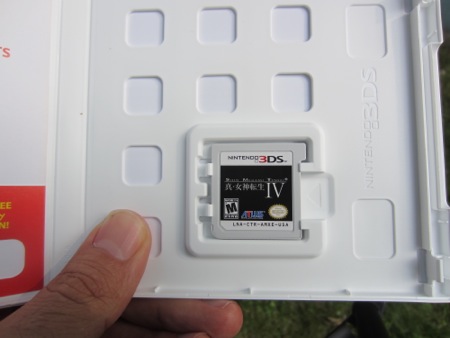 And here's what waits for you once you pop the plastic case open: the game, a Club Nintendo card, and that's it. The instruction booklet is available in-game as an e-manual... perhaps because Atlus felt guilty about printing all those pages in the strategy and design book?

Anyway, that's about it for the unboxing. If you're looking to get even more from your pre-order, you can reserve your copy from Amazon and pick up an exclusive DLC costume based on the signature Amazon Prime cardboard box (yes, really).

If smiling arrows and brown trench coats aren't your style, you can pre-order from GameStop instead and pick up a code for a flashy red and gold surcoat costume.

Prove you're the best of the bugs in Anthill for Android