Ever dream of dressing a samurai up like a cardboard box? If so, pre-order Shin Megami Tensei IV from Amazon

With the US release of Shin Megami Tensei IV for the 3DS fast approaching, online retailer Amazon.com decided to sweeten the already sweet boxed set that was unveiled in the April 17 Nintendo Direct.

How, you might ask? By offering an exclusive pre-order bonus in the form of a DLC costume, naturally.

And not just any costume, mind, but a special one that "captures the spirit of the Amazon package with its cardboard color, signature smile logo, and bar code".

That's right, pre-order your 3DS game from Amazon and come July you'll be dressing your Samurai up like a cardboard box.

Ok, so we're not exactly blown away by the design ourselves - but hey, free costume!

Thankfully, the rest of the limited edition boxed set is far more appealing than the Amazon-branded trenchcoat. In addition to the game itself, you'll receive a 176-page strategy and design book, a Shin Megami Tensei music CD, and a collectible slipcase to display the book in.

All of this comes for the reasonable price of $49.96 (~£32.00) over at Amazon.com. Shin Megami Tensei IV will be released in North America on July 16 and will come to Europe at a later, unspecified date. 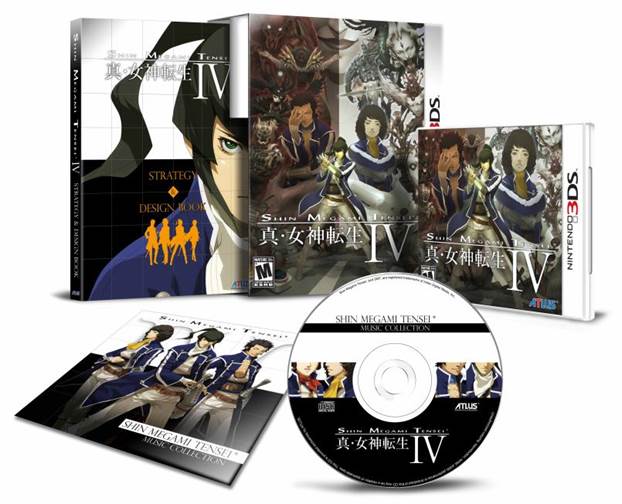