Welcome back to Pocket Gamer's "Best of the rest - iOS edition", which is a handy round-up of all the new iPhone and iPad games that we didn't find time to newsify this week.

So, we've decided to create this here article, which we'll use to feature a few exciting or promising iOS games that we think deserve some column inches.

What you waiting for? Go forth and read.

Krashlander
By Farseer Games - buy on iPhone and iPad 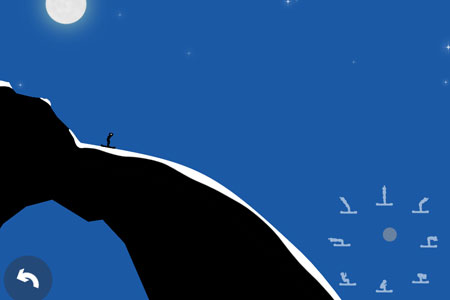 To get Krashlander, take the clumsy controls of QWOP, and weld them onto Ski Safari. Oh, and when you jump, you launch your ragdoll body into the evil robots who have taken over the earth.

This game can be super difficult. But, that's mostly down to the unorthodox controls. It's highly rewarding when you make a perfect run, though.

Plus, there's physics fun to be had as you launch yourself into the automatons.

Stick to It!
By Magic Pixel Games - download free on iPhone and iPad 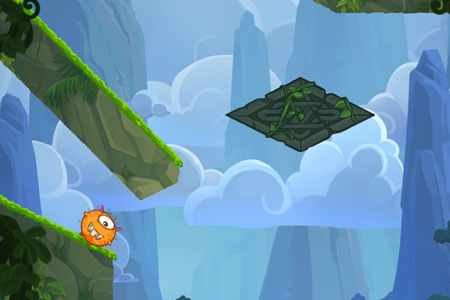 Stick to It! - made by a handful of guys behind Boom Blox on Wii - contains quite a clever idea. Roly-poly protagonist Spike will tumble down a slope until you tap the screen and make him - you guessed it - stick to it.

80 levels of physics-flavoured puzzles await you, then. The game's fine, but it's often quite finicky and frustrating. Plus, a lot of the levels require you to wait around while platforms patrol through the stage.

It's not going to be the next essential physics-puzzler on iOS, sure. But, worth checking it out while it's free.

Be Together
By LinkGoGame - buy on iPhone and iPad 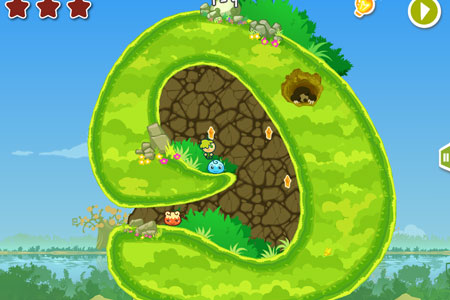 Cor, blimey. You don't exactly need to be Sherlock Holmes to figure out from where LinkGoGame took inspiration for this game. Be Together couldn't look more like iBlast Moki if it tried.

Forget about the borrowed art styles, though: this Chillingo-published puzzler is closer to Amazing Alex in play than Godzilab's bomb-tastic game.

In Be Together, you drag different objects (like half-pipes and bouncy clouds) onto the play field to lead one blob person to another.

It's not very taxing and not very original, but it definitely does exist. That much is true.