It's all in the Genes

As I'm sure you're aware, the next Pokemon is out on October 12th for the Nintendo DS. This pair of titles, entitled Pokemon Black & White 2, serve as a direct sequel to the original Black & White - a first for the Pokemon handheld RPG series.

How can Nintendo entice you into pre-ordering a copy of the next instalments in this epic saga? Why, through the inclusion of a special Mythical Pokemon called Genesect, that's how.

According to Pokemon lore, Genesect was restored from a 300-million-year-old fossil and modified by the evil Team Plasma to make it even more powerful. It's a bug and steel Pokemon, making it quite the killer combination, and it is the only Pokemon that can use the powerful Techno Blast move.

Still now convinced? How about this: Genesect can adjust its power levels based on the enemy it is currently battling. Yowzers. 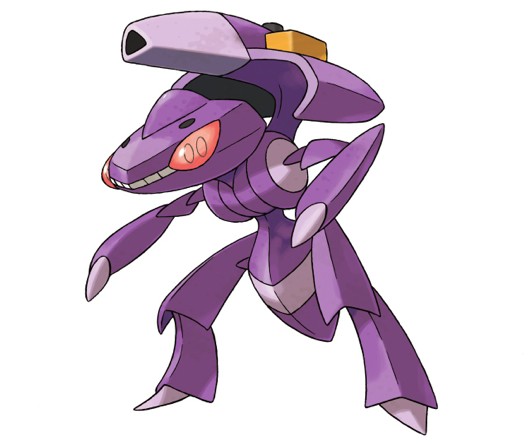 Here's how you go about bagging yourself one: purchase a copy of either Pokemon Black & White 2 game between October 12th and November 12th, and grab this special Pokemon via a wi-fi connection. It's as simple as that.

Of course, if everyone grabs the game early, then everyone is going to have a Genesect. No one will necessarily, therefore, gain an advantage from owning one.

Still, it's nice to be able to show that you're part of the "I bought the game way early because I'm a true Pokemon fan" club.

Forget Pokemon Black and White 2, PETA's Pokemon game really gets to the heart of the matter