Pokemon trainers will soon have a chance to capture an elusive legendary Pokemon - and they won't even have to waste a Poké Ball to capture it.

Once there, load up your game and select "Mystery Gift". So long as you don't have more than 11 Wonder Cards in your possession, you'll receive a level 50 Meloetta.

Meloetta is quite the attractive Pokemon to have in your roster.

In addition to having access to both Normal and Pyschic attacks like Teeter Dance and Psychic, Meloetta can transform into a Pirouette Forme which turns it into the only hybrid Normal- and Fighting-type Pokemon in the game. 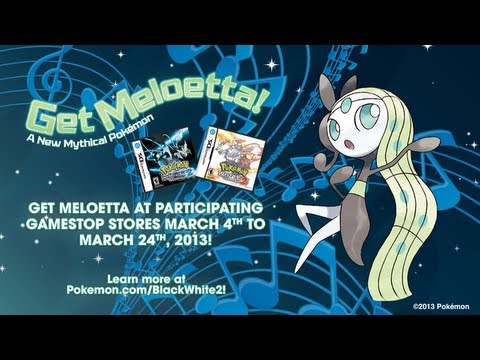 Subscribe to Pocket Gamer on
Next Up :
Fortnite kicks off Chapter 3: Season 1 with Dwayne Johnson and Spider-Man