Opinion: There's no one quite as angry as an Angry Birds hater

Miyamoto was on the money

For Nintendo fans, April 12th, 2012, will go down as a black page in the company's history. A dark day, never to be spoken of again. A day to be contemplated during quiet, solemn moments - no doubt through floods of tears.

That's because April 12th, 2012, was the day that Mario and Zelda creator Shigeru Miyamoto revealed to the world that he quite likes Angry Birds.

He thinks it's not half bad. He doesn't love it, adore it, or ritually worship it - he just thinks it's pretty decent. In fact, to quote Hookshot Inc., he "very much enjoyed" playing it.

Little could he have known that the Nintendo empire would come crashing down with those words. The gaming giant's epitaph would be a simple token of affection for Angry Birds. Or, at least, that's what many internet commenters would have you believe.

Miyamoto's comments were in fact quite innocent. "There aren't many games that I've played recently that have been truly convincing to me. But that said, I have very much enjoyed Angry Birds, especially the way in which it combines traditional and new game elements in exciting ways," he opined.

"Angry Birds is a very simple idea but it's one of those games that I immediately appreciated when I first started playing, before wishing that I had been the one to come up with the idea first."

Nintendo fans across message boards, Twitter, and other social media were alarmed. Perhaps he'd been misquoted? Maybe he was being sarcastic? Was there some kind of hidden message behind it all? Maybe he'd been kidnapped by aliens the night before and brainwashed into liking this most evil of apps?

I'm exaggerating a little, but the general response from Nintendo fans to Miyamoto's comments was anything but measured. To put it simply: people were incensed. 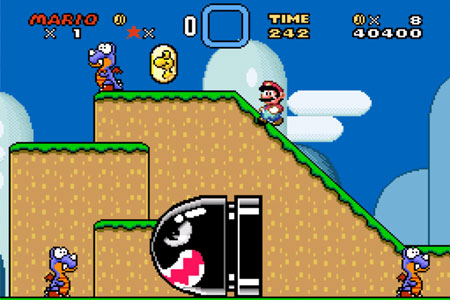 Angry Birds, it was argued, was able to reach out to the masses because it's easy to grasp, because there's never been any depth to it. In fact, I've been told on numerous occasions that a "monkey could complete it".

(I've never checked whether those making such accusations have seen their theory through to its inevitable primate poo-flinging conclusion).

In contrast, Miyamoto's games are both simple to pick up and have substance. No monkey could play Mario, they say, and on that score they're most definitely right. So, with the man behind such video gaming delights saying that Angry Birds is not to be dismissed, the flock of Yellow Bird haters risked having their argument undermined. So, they panicked.

Now, I'm not a massive Miyamoto fanboy myself, but I do think his fanbase should cut him some slack with this particular 'revelation'.

In my view, most of the sentiment levelled against Angry Birds stems from pure snobbery. I've had people tell me "it's not a game" or that it's "entirely down to luck".

But, anyone who has played through any of the Angry Birds games to their latter stages will know that luck plays very little part when you're trying to pick up a three-star rating with just one or two birds as ammunition. When the play heats up, Angry Birds becomes precision defined, and any 'lucky demolitions' you were party to in the early rounds become a distant memory.

Luck is undoubtedly a factor at the start. That's something that hooks in many newcomers - people will know how to play within an instant, and this gives them a chance to be rewarded even if their skill set isn't up to much. 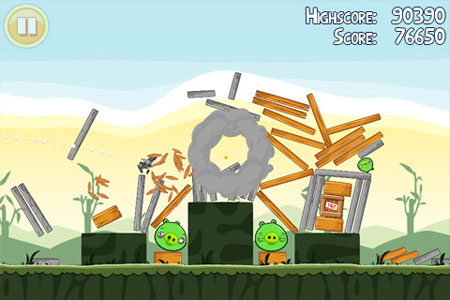 It's a smart way that Rovio - and plenty of others - has chosen to engage its audience, hoping they'll eventually learn the game's trickier mechanics and stay on board even when the difficulty level ramps up.

I've seen it in action, too. My mother - someone who barely tolerated video games during my younger years - now owns a tablet that she uses to play Angry Birds on for several hours a week (and she's well past the luck-based early levels). In her own way, she's become a gamer, and I think that's a little bit brilliant. It's something we should be celebrating rather than bemoaning.

And I'd say Miyamoto agrees, too, given that reaching out to a wide audience is something he's done with scores of games throughout his career - and is focusing on with ultra-accessible games like Wii Music and Nintendogs.

So, put aside your snobbery, I say. Whether or not you like Angry Birds personally, millions of others do. Plus, a large portion of those wouldn't have looked twice at a video game before. I dare say that's a feat even Mario would be proud of.

Watering plants can be a puzzle sometimes

Angry Birds is getting an official movie, due to come out in the summer of 2016

Sony obtains exclusive rights to Angry Birds movie, due out in 2016