You'll get to admire those beautiful flowers, while caving a pig's head in with a block of concrete, as Rovio has served up a fresh batch of 15 levels (plus two bonus stages).

You can get some basic tips for Angry Birds Seasons here.

There's only one Golden Egg to hunt down in Cherry Blossom. It's in the final stage, though, so you'll need to work hard to get it. Once it's yours, an egg will appear on the screen to the right of this season's level list. Tap it to play a fun bonus level. 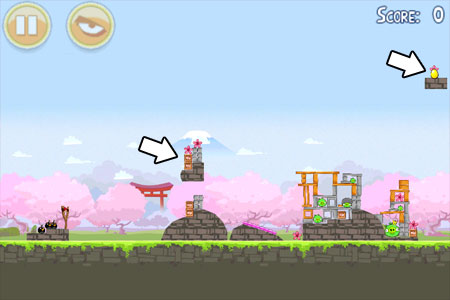 To see the Golden Egg, zoom out by making a reverse pinching gesture. You'll see the shiny beauty on a platform, high above the battlefield.

First up, get rid of your red bird by firing it backwards off the side of the screen. Then fire a black bomb bird towards the top stack of TNT. Tap the screen just before they collide to make a big explosion that will send the pile of rocks flying.

Hopefully, one of the little rocks will strike the egg. Sadly, it's almost impossible to do it on cue. It's just a case of starting again and again until you get lucky. 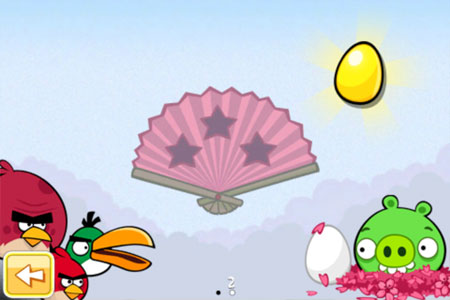 To get this egg, you'll need to earn three stars on all stages in the Cherry Blossom theme for Angry Birds Seasons. Good luck!


Want more? Check out our 30 other Angry Birds Seasons tips, guides and walkthroughs!