They change from theme to theme, with Golden Pineapples in the warehouse, Golden Bananas in the jungle, and Golden Papayas at the carnival. Here’s our guide to finding and saving every single last one of them. 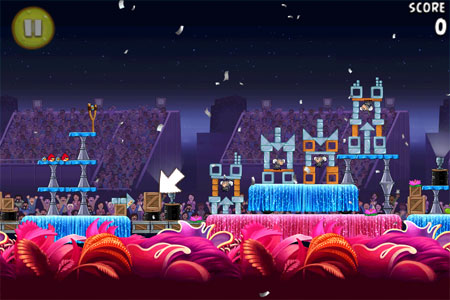 World 7, Level 2: This golden papaya is in the far left wooden box. You might have noticed the arrow-shaped glass structure with a telltale sticker on it. Smash the box with a red bird to get the fruit. 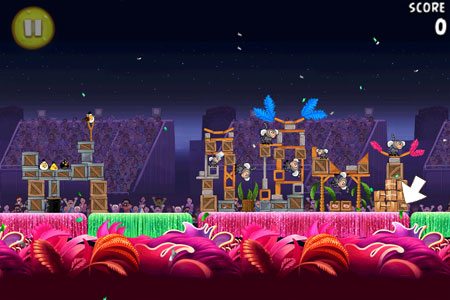 World 7, Level 6: This one is buried in the far right box. You'll need to remove some excess junk with the white and black birds before attempting to smash the box. 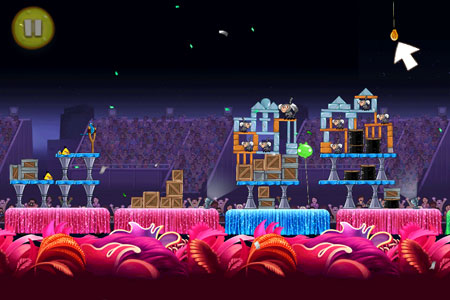 World 7, Level 7: This shiny golden fruit is hanging from above the level on the far right. If you can't see it, make a pinching gesture on the screen to zoom out. Now, use a zippy yellow bird to cut the rope and drop the fruit. 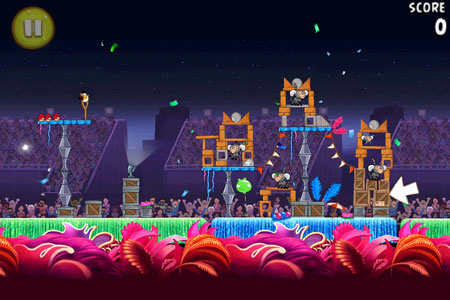 World 7, Level 8: Another box, with another sticker, hidden at the far right of the level. Use the white bird to clear some space first, then attack the area with red birds. 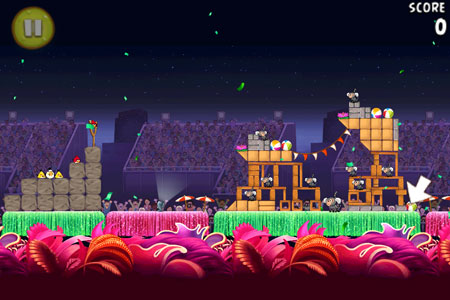 World 7, Level 10: See that lonely beach ball to the far right of the level? The fruit is hiding in there. You can either smash away the excess wood and concrete to get a clear shot, or make an epic arcing shot with a yellow bird. 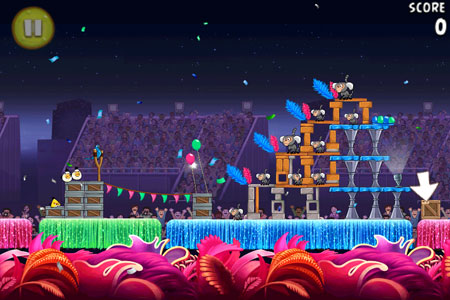 World 7, Level 14: Once again, this banana is in a box to the far right of the level. Make a grand arcing shot with a yellow or white bird to steal the fruit away. 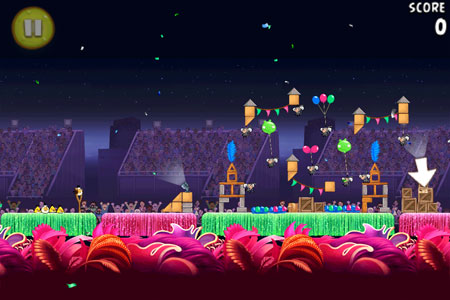 World 7, Level 15: Yaaawn. Box. Sticker. Far right. Use a yellow or white bird to make the shot, but use a few birds to clear the area first. 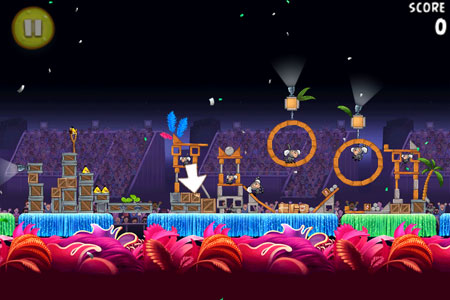 World 8, Level 2: There's a box to the left of the float with a sticker on it. Simply smash it to pieces with a bird's face to unlock the fruity goodness inside. 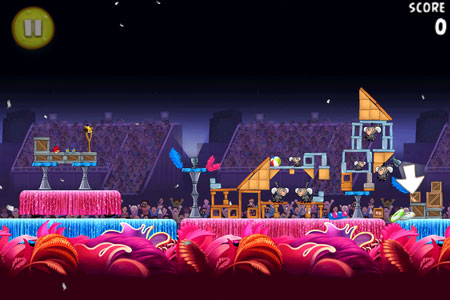 World 8, Level 3: Another box to the right of the screen. Use a few birds to clear debris and get a clear shot, before rocketing a silly avian warrior into the box. 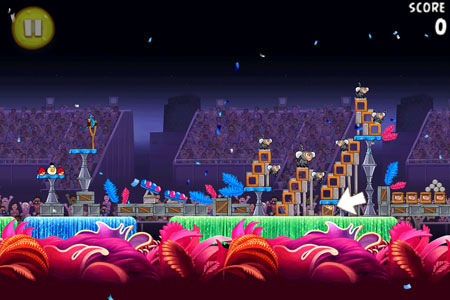 World 8, Level 5: This one is very tough. The box is below the action, and hidden away beneath an invincible piece of metal. Make a grand arcing shot with Blue so he'll land right next to the all-important box. Hopefully, his attack will make enough room and a clear passage to the floor. Get rid of the red bird and then unleash the white bird. If there's a big enough passage, and your aim is true, you should be able to drop an egg down the chasm and nab the fruit in the ensuing explosion. 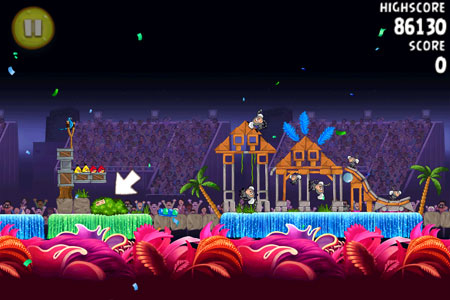 World 8, Level 9: This one is hidden in the bush underneath the slingshot and birds. Slam a yellow bird into the left edge of the bouncy balloons to spring him into the bush, and into the fruit. 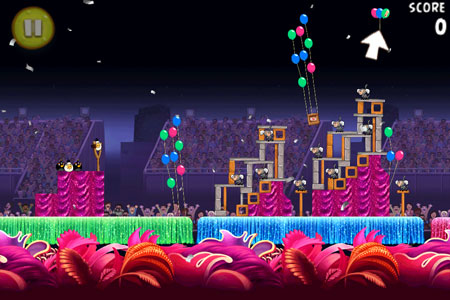 World 8, Level 11: This one is hiding in the balloons to the top right of the screen. You might need to zoom out to see it. Use a white bird and pop out an egg to get that much-needed lift to the balloons. 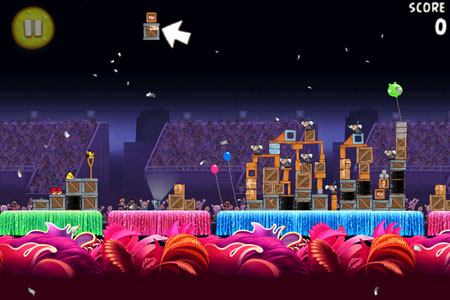 World 8, Level 12: Another tricky one. This one is in a box to the top of the screen, but it's reinforced with metal so you can't damage it without an explosion. Luckily there's a TNT crate nearby. Unluckily, it's hard to reach. You'll need to make an extremely vertical shot with the yellow bird, and use his acceleration power straight away, to make the super short arcing shot. 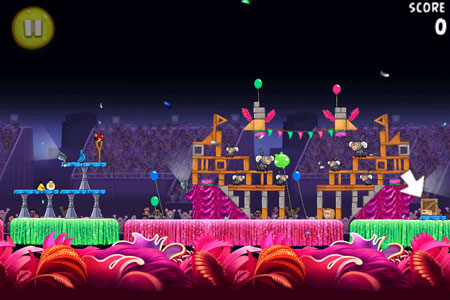 World 8, Level 14: This one is hidden in the box on the far right of the level. Make a big arc with the yellow or white bird to smash it. 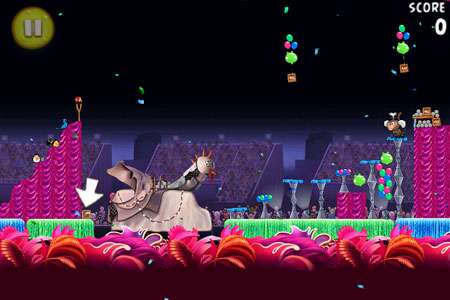 World 8, Level 15: Ignore the boss, and look for a box to the left of the screen. Fire the bomb bird down there and manually detonate it when he bounces close to the crate.