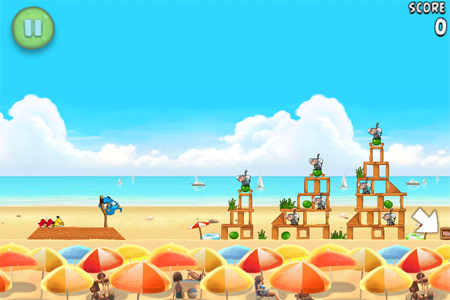 World 5, Level 2: Smash a bird into the box on the right. Another crate, containing the watermelon, will swing down from above. Smash it with a well-placed bird to nab the fruit. 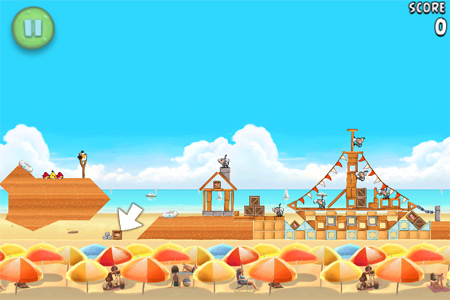 World 5, Level 5: Use the white bird's egg to hit the TNT box that's directly below the slingshot. This will fire the rocks off to the left of the screen, hitting the coconut. 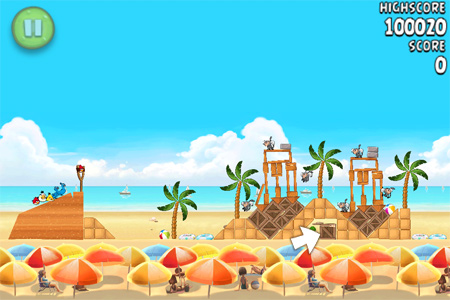 World 5, Level 11: The sticker-sporting box with the watermelon is hidden deep beneath the sand dunes. Use Jewel and the yellow and white bird to dig it out. 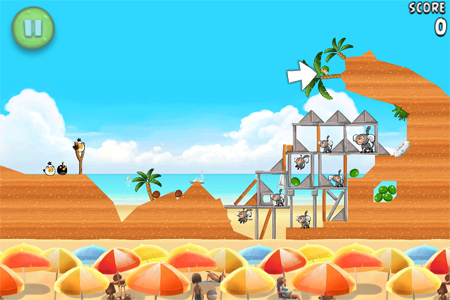 World 5, Level 13: This one is in the palm tree above the main structure. You can zoom out, using the pinch gesture, to see it. Use the white bird's egg to propel the bird up to the watermelon. 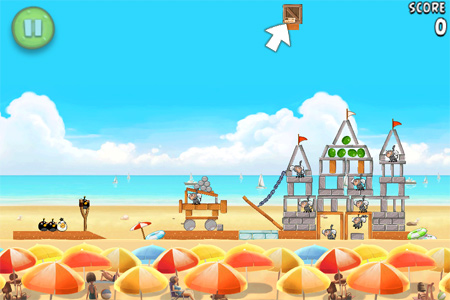 World 5, Level 14: Zoom out on this stage to see a box hanging out high above the action. Fire an egg out of the white bird to give it enough lift to hit the box. 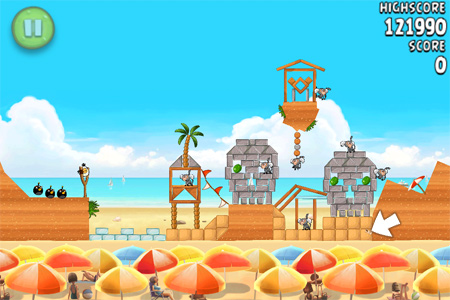 World 5, Level 15: This one's hidden in a cube of sand, underneath the skull on the right. You can see a sticker on the correct box (and an arrow, in our image). Use the white bird to get the palm tree out of the way, and use the remaining black birds to destroy the concrete, sand, and watermelon. 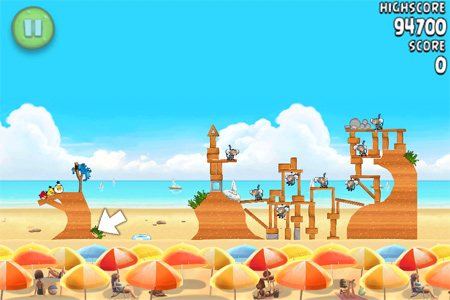 World 6, Level 2: Use the white bird's egg to hit the bush directly below the slingshot. This will trigger the golden fruit, which bounces up and down on the rubber ring. Hit it in mid-air with a well-placed bird to nab it. 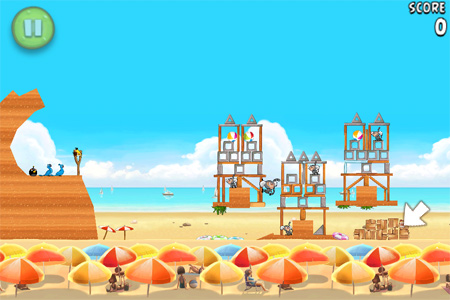 World 6, Level 3: This one's hidden amongst the boxes on the far right of the screen. Cause some of the masonry from the structure above to fall on the TNT box and the melon will be yours. 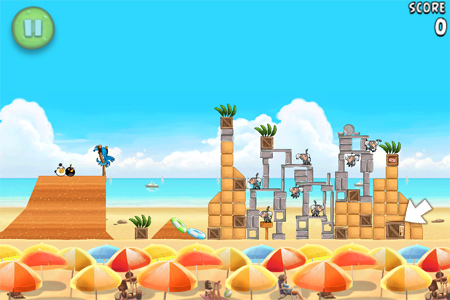 World 6, Level 4: You can see a box with a sticker on the far right of the stage. Use the destructive power of your three birds to get to it, and smash it open. The juicy fruit is inside. 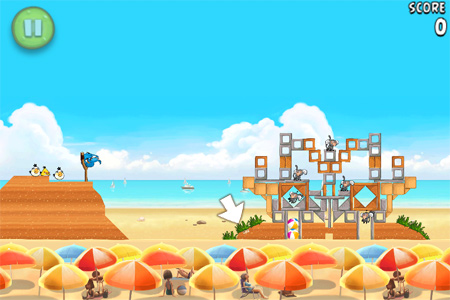 World 6, Level 5: There's a bush on the small hill to the left of the structure - you can see a sticker next to it. Hit this with Jewel to make the golden watermelon appear in the gap to the right of the stage. Use the rest of the birds to grab it. 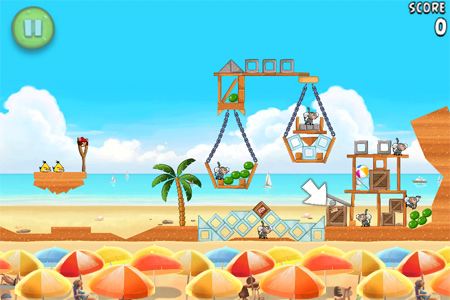 World 6, Level 6: This one's in the box with the sticker. Use the red bird to clear the scales out of the way, and fire the yellow bird to break the box. 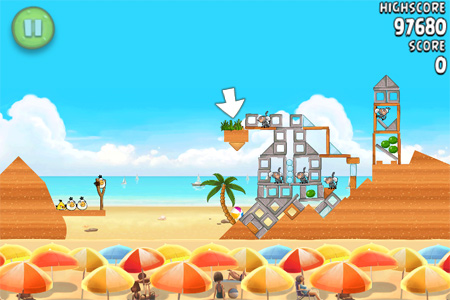 World 6, Level 7: This one's hiding in the bush to the top left of the action. Just hit it with any bird to save it. 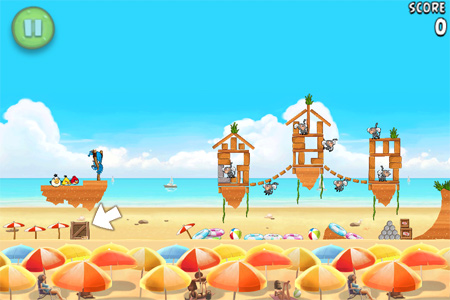 World 6, Level 9: This frustrating melon is in the box below the catapult. You'll need to use the bouncy parasol to fire a bird backwards into it, but that's a feat easier said than done. Try to hit the very bottom left corner of the umbrella to make the shot. You'll probably need a few goes. 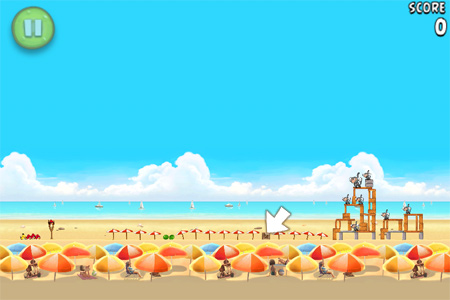 World 6, Level 12: This one's in a box in the middle of a sea of parasols. A good aim and a little luck is required. Fire a yellow bird in a high arcing shot (aim high and use his speed boost early) to get the right shot. 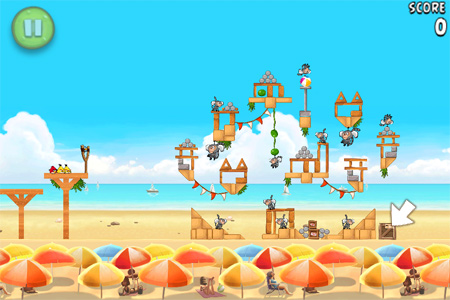 World 6, Level 14: This one's hidden in the box to the far right. Clear some rubble with the blue bird, and fire a yellow bird into the box.

Rumour: iPhone 5 possibly delayed until 2012 due to overheating A5 chip