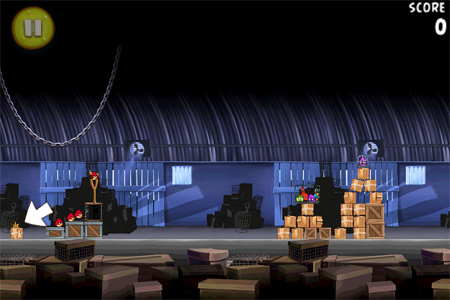 World 1, Level 2: This prickly fruit is hidden in a box to the left of your bird chums. Just fire any of your fowl friends backwards to smash the crate and save the fruit. 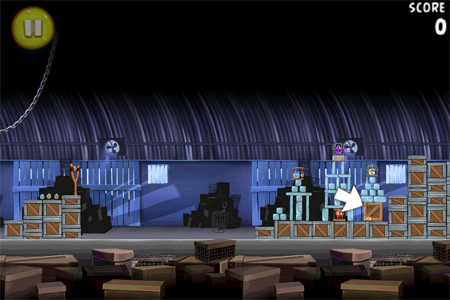 World 1, Level 6: There’s one wooden crate on this stage that stands out: it’s not reinforced with metal and it has a suspicious label stuck on its side. A pineapple is inside: smash it open to grab it. 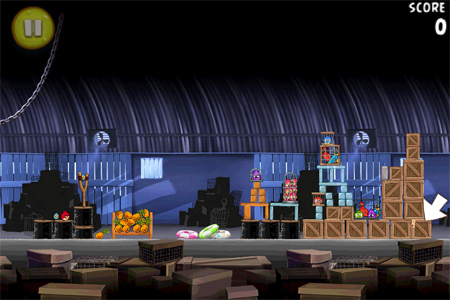 World 1, Level 7: As before, this pineapple is hidden in a crate - at the very bottom right of the box stack - with a label. Fire a blue bird high in the air and if your aim is true it’ll land and smash the box. It might take a couple of hits to crack it. 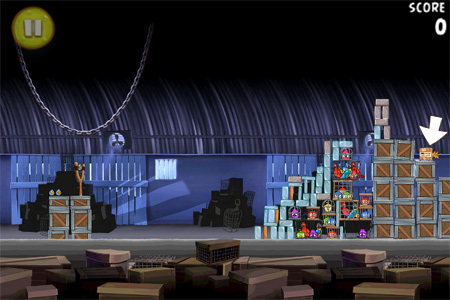 World 1, Level 8: Another box, this time hidden at the far right of the stage. Pinch to zoom out, and then fire a bird in a high arc to crack the package open. 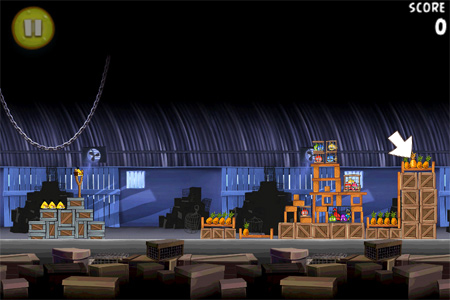 World 1, Level 12: This sneaky fruit is hanging out among the normal, totally non-golden pineapples in a crate on the far right. Fire a yellow bird up high and let it slam down into the sparkly treat. 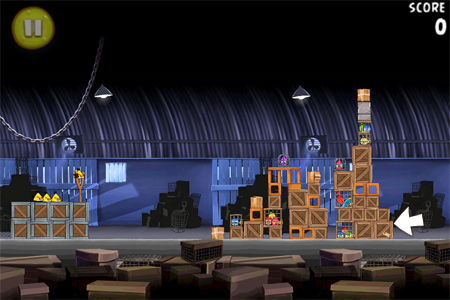 World 1, Level 13: Another box, nestled in the bottom right hand corner of the stage. You can either chance it with a high, arcing loop or drill down through the crates with a few well-placed kamikaze canaries. 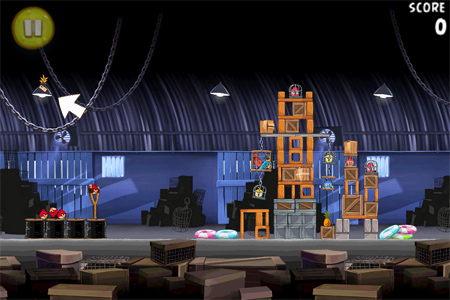 World 2, Level 1: This one is concealed in a hanging lamp above your catapult. Wait for it to swing into position, then fire a bird upwards and backwards into it. 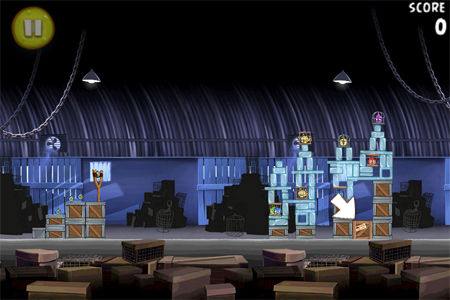 World 2, Level 2: Another box with a label. This one’s hidden deep beneath some glass so you’ll need to take care of that before landing a well-placed barrage of blue bird fire on the pineapple’s box. 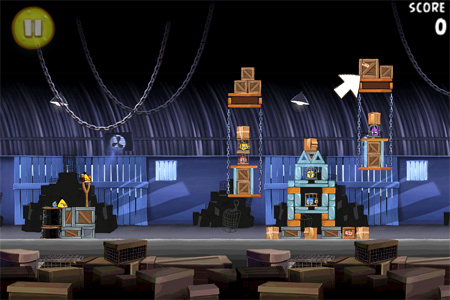 World 2, Level 4: This labelled box is on top of the right-most platform. A well-placed yellow bird (fired up in the air, and fire it’s turbo-booster immediately after launch) should snag it. 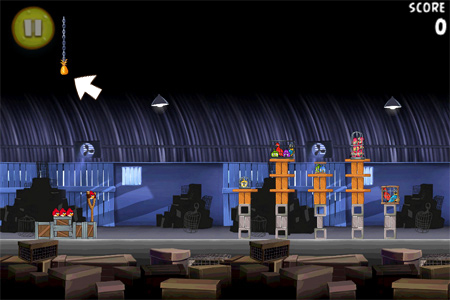 World 2, Level 6: This tricky one is hanging on a chain directly above the catapult, meaning it’s impossible to launch a bird directly at it. Instead, you’ll need to strike a hanging lamp so it swings back and slams into the pineapple. You might need to hit the lamp a couple of times to build up the momentum, but it can be done in one smash. 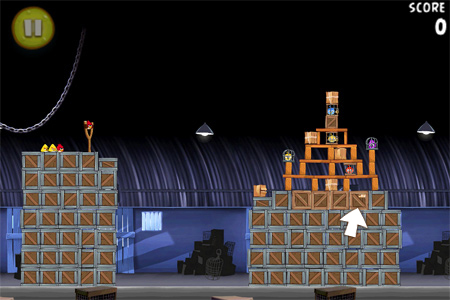 World 2, Level 7: Another box with a label, hidden underneath the main action. Get the main structure out of the way, and then slam into the box with a yellow bird to open it. 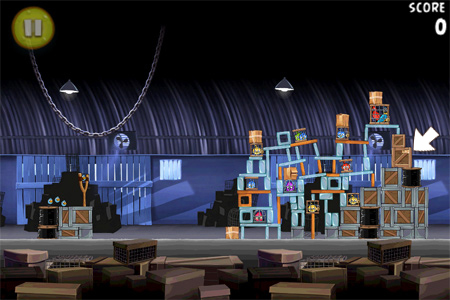 World 2, Level 8: Another box with a label. This one’s propping up the back part of the structure: either smash away the front building blocks to get a good shot, or fire a blue bird up high and hit the box on the way back down. 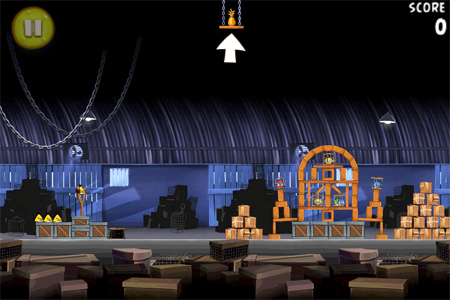 World 2, Level 10: Zoom out and you’ll see a golden pineapple hanging on a platform high above the main action. Send a yellow bird whizzing up there to grab it. Easy peasy. 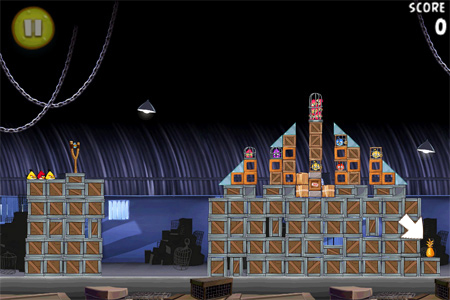 World 2, Level 12: This one is hanging out in the open at the far right of the level, not even trying to hide. Fire your birds in an arcing shot and one should bounce off the stage and drop on the pineapple. 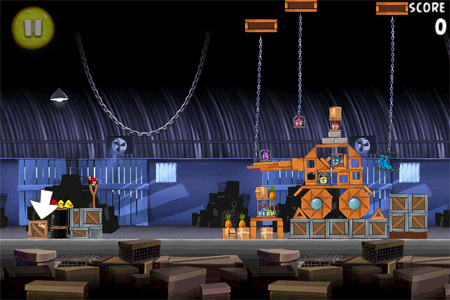 World 2, Level 15: This box is to the left of the action, behind your birds and catapult. Fire a bird backwards (only pull back on the rubber a little so the bird doesn’t fly far) to break the crate and collect the pineapple.