Angry Birds: How to get the golden eggs and golden stars (part 1)

Finding a golden egg unlocks a special, bonus level. They're just for fun, and are either a bizarre mini-game or a meticulously crafted Rube Goldberg puzzle.

They're hidden in stages, in menus and credits, in treasure chests and on caves high above the action.

You're expected to hunt high and low for the golden eggs, but we'll save you the effort with this handy guide. Right now, there are 15 to find on the first page. Here's how to get the lot: 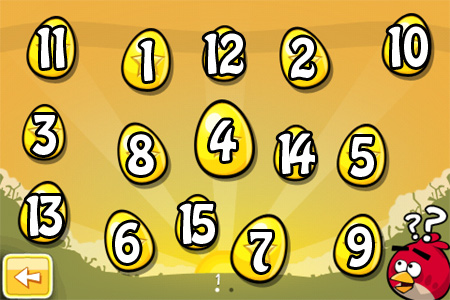 You can use this Golden Egg selection sheet to find which eggs you're missing. 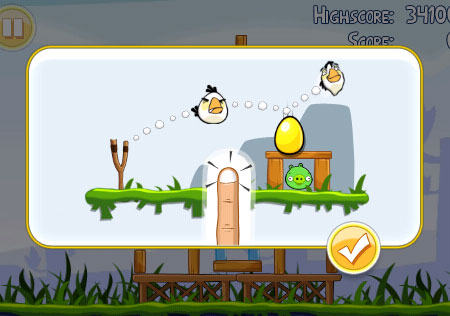 1. Location: Any level, after unlocking World 2 Level 14
Open the 'help' menu (? button), and click through to the white birds. Tap the golden egg. 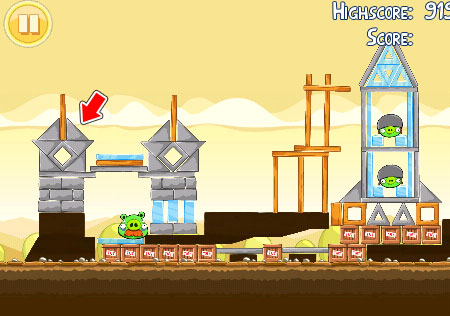 2. Location: World 5, Level 19
The top right brick (slope shaped) on the leftmost tower contains the egg. Smash it (the egg-dropping white bird is your easiest bet) to grab the egg. 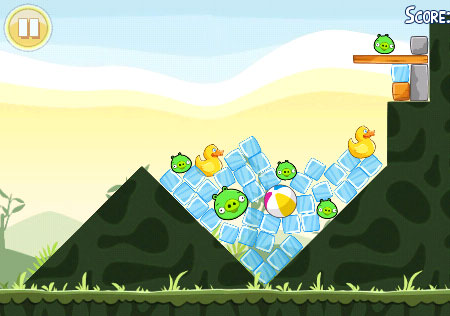 3. Location: World 2, Level 2
Burst the beach ball for the egg to appear. 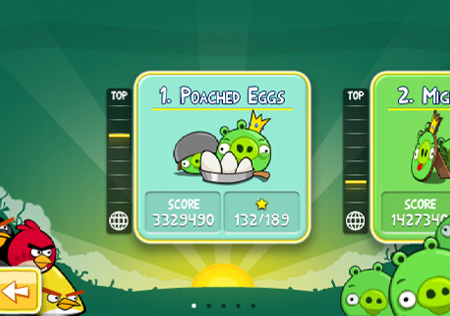 4. Location: Poached Eggs
Grab three stars on every stage in Worlds 1, 2 and 3, which make up "Poached Eggs", the game's first level pack. 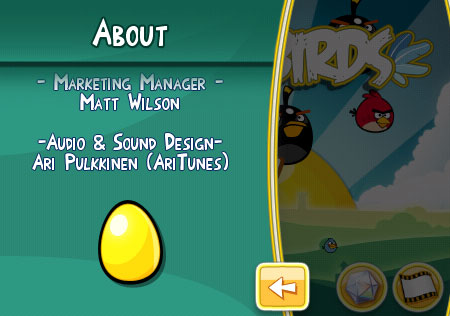 5. Location: Main menu
Watch the full credits, and tap the golden egg that appears at the end. 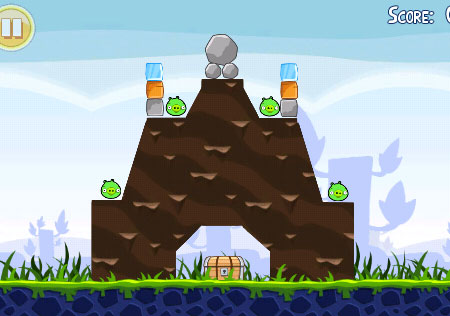 6. Location: World 1, Level 8
Tap the chest a few times for the egg to appear. 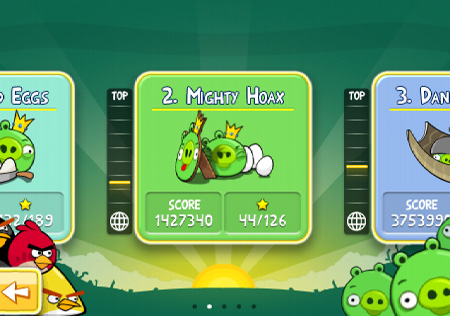 7. Location: Mighty Hoax
Grab three stars on every stage in Worlds 4 and 5, which make up "Mighty Hoax". 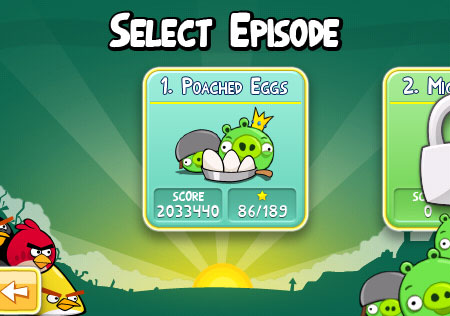 8. Location: Main menu
Tap the sun on the level selection screen a few times for the golden egg to pop out. 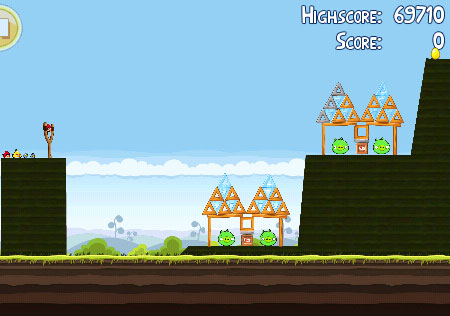 9. Location: World 4, Level 7
Pinch and zoom to see a golden egg perched high above the game area on a clifftop. The only bird that will reach it is the yellow one, so use up all your other birds and aim with the yellow bird. It will take a few attempts, trust me. 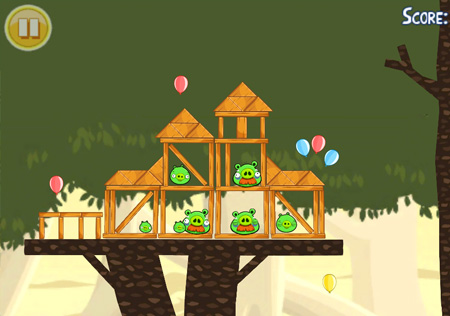 10. Location: World 6, Level 14
Zoom out to see the floating yellow balloon underneath the treehouse. The only way to hit it (which unlocks the egg) is to accurately send a boomerang bird back on itself. No small feat, and will likely take many goes to perfect. 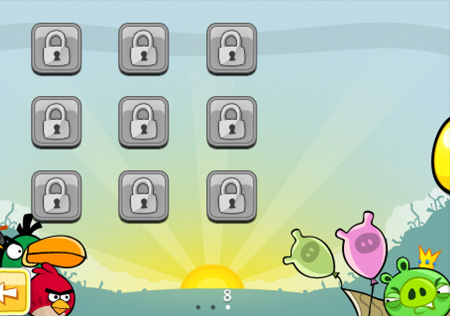 11. Location: World 8 Menu
This cheeky egg is hiding to the far right of World 8's level select menu. Drag the screen left, starting with your pinky at the far right of the screen, to see the egg. Once it's in view, it will be yours. 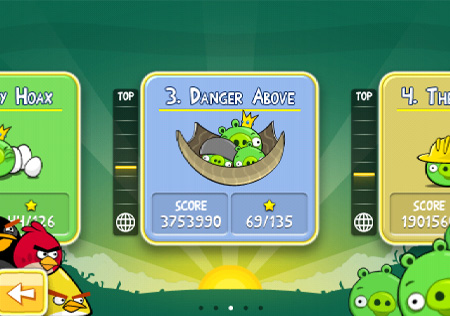 12. Location: Danger Above
Score three stars on every stage in Worlds 6, 7 and 8, which make up "Danger Above", the game's third level pack. 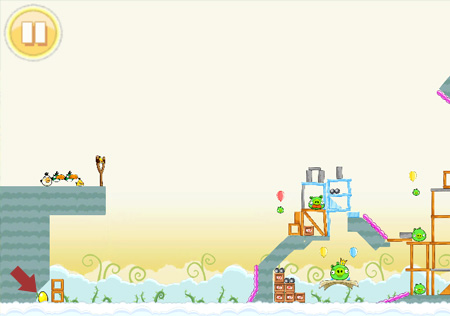 13. Location: World 8, Level 15
Another egg inaccessible to any bird other than the windy, bendy boomerang bird that turns back on itself with a screen tap. You could try and use the bouncy pink stuff with the yellow and white birds, but your best bet is when the boomerang. 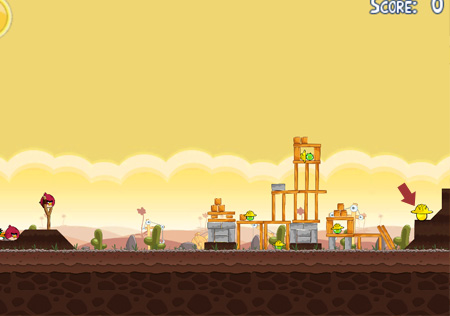 14. Location: World 9, Level 14
This cheeky egg is wearing a hard hat, the card! He's hanging out at the very edge of the stage, and you'll need to get rid of that big tower to have a crack at him. Once the tower falls, though, he's pretty easy to hit. Won't take many goes. 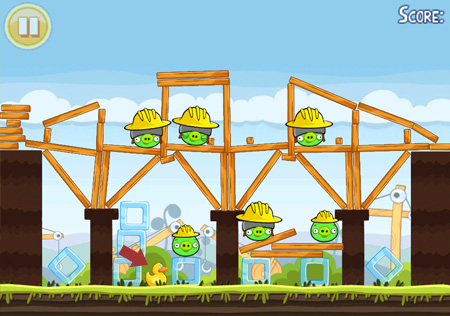 15. Location: World 10, Level 3
The egg is in the rubber ducky, so crack the quacker to retrieve your treat. No easy task, but aim high and have a bird crash down from the sky to reach it.

Once you have a few eggs, head into the golden eggs section of the level select menu to play the new levels and unlock the stars.

The chain reaction levels and pig massacre stages are mostly self explanatory, and just a bit of fun. But the puzzles might be a bit more confusing.

Here's what you need to do to unlock the star:

4. Angry Soundboard
This soundboard plays sound clips from Angry Birds. Tap them in this order to unlock a star: [The Group of Pigs], [The Group of Birds], [Catapult], [Any Bird], [Any Material], [Any Pig].

7. Angry Radio
Press down any two buttons (with two fingers) at once to unlock the star. 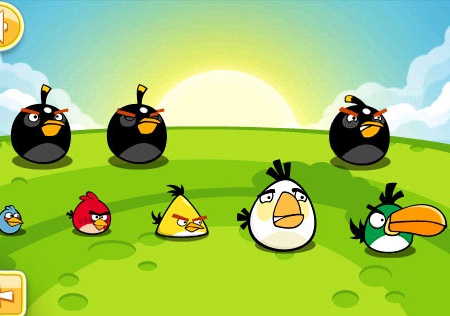 Want more? Check out our 18 other Angry Birds tips, guides and walkthroughs!

The ultimate Angry Birds video guide: how to beat every level