Reggie's on the case

Back when Super Mario Run was announced last year, we also came to understand that there'd be a small number of titles following suit, including Animal Crossing. That quickly delayed past its original 2016 release date, but fear not - it's still on the way. 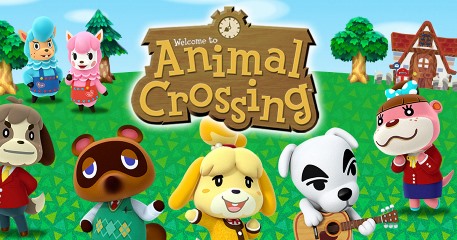 During a VICE Waypoint Gaming interview, President of Nintendo America Reggie Fils-Aime said that for Nintendo this year at E3 it was all about focussing on the Switch, for understandable reasons. Given that this was the Nintendo Switch's first E3, and they had such titles and Metroid Prime 4 and Super Mario Odyssey, it's not surprising that mobile wasn't really taking centre stage...or any stage.

However, when prompted about Animal Crossing, Fils-Aime responded: "Animal Crossing development continues quite strongly, the teams are very excited about what they have. It's an application that is going to launch this year, as we've committed. And we'll be sharing more information in due course."

Where the game is in development, we don't know. There's been no artwork or preliminary screenshots, but it's positive news at least. I wouldn't be surprised if we'd be looking at a holiday 2017 release.

What do you guys think? Are you still excited to have an Animal Crossing mobile game on the way?