Returning to a Wilder World

When I was a younger man, I lived in a town called Kusanagi.

No, not THAT Kusanagi.

The Kusanagi I'm talking about was a far simpler place than the Kusanagi of Animal Crossing: New Leaf. That's mainly because it had to be: it was running on my original Nintendo DS.

It was 2006. I was 20 years old and in my second year of university. I was failing my course, and I was massively in debt.

With the last of my money for the year, I purchased a second-hand clamshell DS and a copy of Animal Crossing: Wild World. I would have to eat pasta with butter for every meal for a week because I could afford little else.

I poured literally hundreds of hours of my life into it, playing every day for a solid three years, and then suddenly dropping it the year after I graduated. I forget why.

I have not returned to Kusanagi in five years. Today, though, I'm going back... 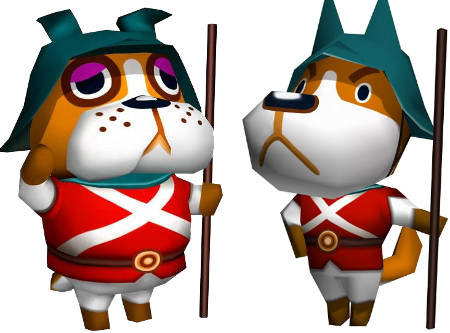 Games technology has moved on since Animal Crossing was released on Nintendo DS. But I didn't think the changes would be quite so dramatic or appreciable.

From a technical perspective, a lot about Animal Crossing: Wild World feels antiquated, or awkward, or plain embarrassing.

As the game loads and my old town comes into view, the polygonal engine appears to creak and groan as it pushes wobbly texture after wobbly texture onto the screen.

The town hall is a blurred low-resolution stack of pixels; not the glorious hub of a town to which I devoted so much of my university life. Everything looks fragile - one poke and it may all come crumbling down.

It takes an age for my button prompts to be registered. As text is presented to me, I find I can't speed it up. Every line is one I've seen a thousand times before. This is an exercise in frustration.

What definitely is still impressive about Wild World, mind, is the music. There's now a less natural tone to it than I remember, but that's alright with me.

These melodies are timeless. With the sighing "oooooooh" of this particular bit of the score, I'm teleported back briefly to a lazy afternoon off work I once spent in the shaded delights of my town's fruit orchards. 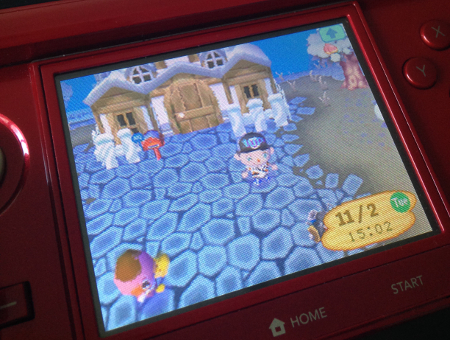 What I wasn't prepared for when I decided to return to Kusanagi was the way it would affect me emotionally. The time spent during my visit back has been marked by a sadness that's tough to explain.

When you invest so much of yourself into video games, you undeniably become emotionally attached to them. It's why this guy is so happy about catching a Pokemon. It's why these two are thrilled about their new console. It's why these guys are saying horrible things to one another.

As I selected the character I wanted to use, waking him from his 5-year slumber as a lullaby played in the background, I felt a tug on my heart. I was picking up the torch I had laid down over half a decade earlier - picking it up from a person that, in a lot of ways, no longer exists.

As I stepped outside my front door, my character came into full view. He was shorter and more squat than I recall, and had a now-unkempt and unfamiliar haircut. Whatever did possess me to wear the 1up Hat with a red-and-black chequered jacket?

On the plus side, my bank account - I was informed - was in good shape, having earned 99,999 Bells of interest while I was gone. I suppose sometimes getting a letter from the bank CAN be a good thing.

It was only then that I noticed them...

Keep an eye out for Part II of Peter's return to a wilder world later this week.
Next Up :
Figure Fantasy: What to expect from the epic Ultraman Tiga collab

All back to mine