The Mario of Mobile

It's been ten years of Angry Birds as of - oh, today. It's been an absolutely massive ten years for Rovio and the Birds, a decade filled with innovations and cross-brand promotions. It's hard to deny that Rovio's flagship IP has very much become the Mario of mobile gaming - and considering the speed at which changes roll out in the handheld industry, that's an incredible feat.

In TV they apparently say that the true marker of the success of a show is 'six seasons and a movie'. Angry Birds has 25+ releases, multiple toy ranges, two movies, and much much more under its belt - that doesn't even compare to the success markers for that much older version of media.

They've achieved this by being first past the post on several counts, no mobile game had partnered with NASA before, the powerful brand licensing behind the Angry Birds: Star Wars deal, they adapted to Free-to-play as the industry shifted, and have stepped outside of the genre multiple times, including RPGs, Bubble-busting and, well, being great at marketing. 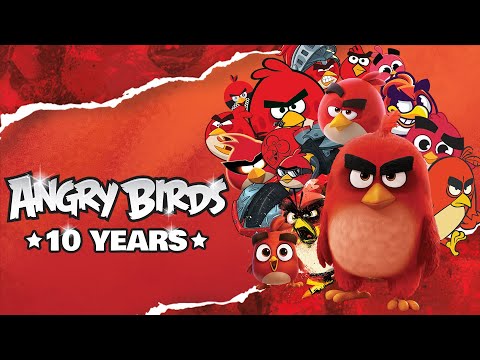 As you're probably well aware, we've started our Focus on Finland month here on Pocket Gamer, that means that there'll be plenty of mention of the Angry Birds, as well as other companies which are part of the Rovio-led Helsinki game dev scene.

But for now, kick back and raise a glass to the birds, maybe even tell us what you think about the series below.

Happy Birthday Angry Birds, from everybody here at Pocket Gamer.