Is three crossovers too many? It might be. Can Halloween, Angry Birds, and Transformers co-exist in a single game and the world not rupture?

You better hope so as Rovio certainly hasn't been held back by crossing these cultural beams in the latest update to Angry Birds Transformers.

It sees Piggy Island overrun by pumpkins and ghosts. But this doesn't spook transforming mechs that stomp all over it. Of course not.

Nah, it only opens up an opportunity to smash more pumpkins than your friends and win prizes for Halloween. 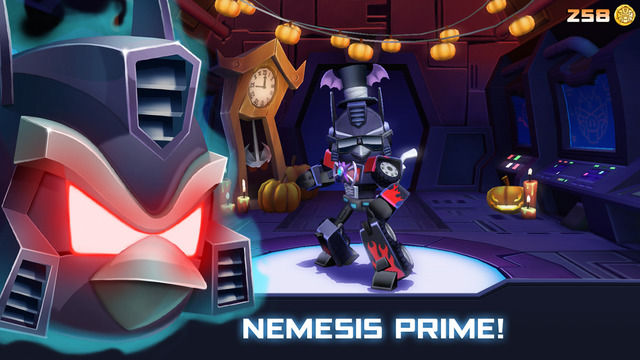 What might be a little scarier, though, is the new character added with this update. Get ready to meet Nemesis Prime who brings a bunch of new accessories to play with.

This update also brings "major improvements" but you'll discover these as you play.

You can download Angry Birds Transformers for free on the App Store and Google Play.