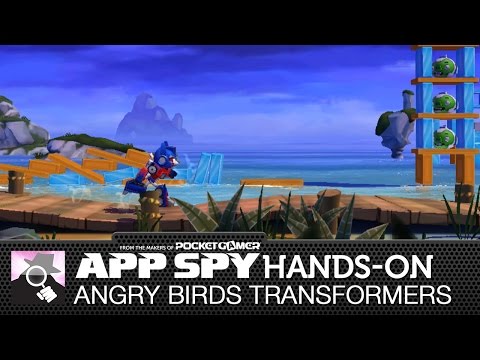 Nostalgic throw-back Angry Birds Transformers is now available to download on Android, after a brief spell of iOS exclusivity.

This isn't your typical Angry Birds puzzler in Transformers grab. Instead it's a whole new game that mixes up endless running with physics destruction, and it's surprisingly good fun. Until the monetisation kicks in.

After trying the iOS version, Peter called it "fast-paced fun with some Transformers gimmicks thrown in for good measure", but said "when you're grinding for currency, and being turned away from the content you want to access, it's a real drag."

Still it doesn't cost anything to give it a try. Except time. And time is money. Oh. It's here on Google Play.