Is Stella a social justice warrior? 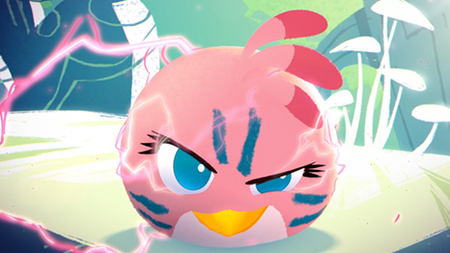 Rovio raised a few eyebrows, earlier this year, when it unveiled Angry Birds Stella: a colourful new puzzler with a predominately female cast and a bubbly pink female lead.

Some immediately thought of the female-focused LEGO Friends range, which is all about surprise parties, cupcakes, cute animals, and lots and lots of pink. Boys, meanwhile, get pirates, astronauts, warriors, and ninjas.

It's not just LEGO, of course. Toy stores routinely put robots and cars in the 'boys' aisle, and dolls and ponies in the 'girls' section. Boys and girls get different toys in their McDonalds Happy Meals, and gadget makers put out pink phones and tablets.

You can find lots of examples at Let Toys Be Toys - a campaign to ditch gender stereotypes in toys, which says "kids should decide for themselves what they think is fun". 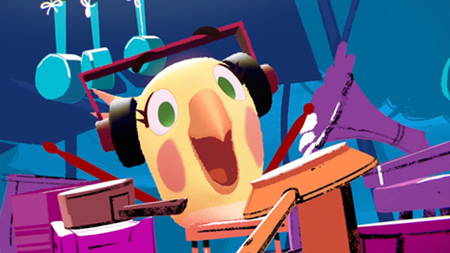 So is Rovio forming a pink and sparkly ghetto for girls with Angry Birds Stella, and constructing a gender barrier that might keep female players away from games like Angry Birds Star Wars and Transformers?

Heini Kaihu, head of studio at Rovio Entertainment, says no. "Angry Birds Stella is not aimed just for girls, it’s for gamers of any age and gender", she tells Pocket Gamer.

"Here at Rovio we don’t really think games should be classified as more or less 'appropriate' to any gender. In order to reach a female audience, the right way is not to make a 'girls’ game', because that’s not what girls or women play.

"They play the same stuff as guys - good, entertaining, polished games that are fun." 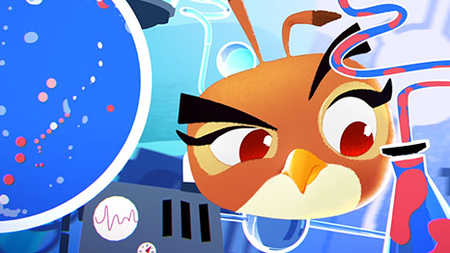 Instead, Stella is designed to combat the games industry's tendency to focus on male characters, and Rovio wanted to make a new set of strong female heroes to inspire all genders.

"So we've introduced a new flock of female characters," says Kaihu. "We wanted to make these characters feel real in the sense that they have their superpowers, but also their flaws, and they own them both. These are strong and interesting female characters that are relatable."

And fun gameplay, Kaihu insists, is always put ahead of conforming to a theme. "We toyed with the idea of swings instead of slingshots, but when we prototyped it, the gameplay was not awesome, so we dropped it.

"Similar thought and prototyping process was done with Stella’s superpower, which ended up being changed from blowing bubbles to being a parkour artist." Stella's new power-up involves bouncing off the scenery like a ping pong ball. 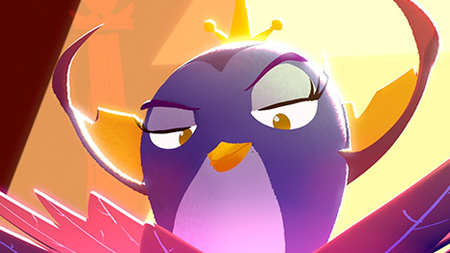 Now this could all be PR speak, and a clever way to spin a calculated effort to sell more games (or IAPs and Telepods - Stella is free to play) to girls, or get more Angry Birds merchandise and tat in the 'girls' aisles in toy shops around the world.

Or maybe Angry Birds Stella is really not an outdated and patronising 'girls' game'. And perhaps Stella should take her place alongside other strong female leads like Beyond Good and Evil's Jade and Faith from Mirror's Edge.

Then again, what else would you expect from Finland: the first country in the world to give women both the right to vote and stand in elections, and the nation with the second narrowest gender gap?