Is it a bird? Oh, actually, yes

Angry Birds Stella is the name of that new thing Rovio teased us with yesterday.

What sort of a 'thing' is it? Well, by the sounds of the press release for Angry Birds Stella, it is ALL sorts of things.

Here's what Rovio CEO Mikael Hed had to say about this new Angry Birds game:

"Angry Birds Stella is breaking the mold by introducing strong, passionate characters who really stand for something, while adding plenty of action and reality into the mix."

"The Angry Birds Stella story will live and evolve across physical and digital, bridging them in fun and innovative ways. Stella and her friends are here to stay, with plenty of adventures ahead of them."

Hmmm, glad Mikael cleared THAT one up for me. 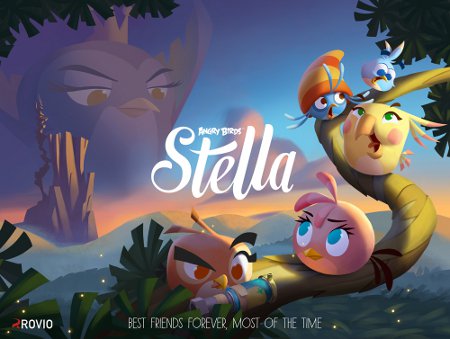 Apparently, we'll be taken "to parts of the Angry Birds world we've never seen before" in Angry Birds Stella. In fact, it's "all about inspiration, empowerment, and other real issues".

Don't get me wrong - I like Angry Birds. And Rovio makes lots of money from the games. And, yeah, the art style of the new whatever-it-is looks great.

But I'm not going to get too excited about a press release in which Rovio doesn't actually tell me what Angry Birds Stella is. And I think I'd be doing you all a disservice if I did.

When we know something more about this new addition to the Angry Birds aviary, which is set to go live in the autumn, we'll be sure to let you know.