May the force be with you

Angry Birds Star Wars is an upcoming franchise mash-up that portrays famous Star Wars characters as birds and pigs, and has them duke it out in levels based on the movies.

We sat down with three Rovio team members, to talk about the game and found out a few secrets in the process.

Outside of the store, the Angry Birds branding was as striking as it was obvious: 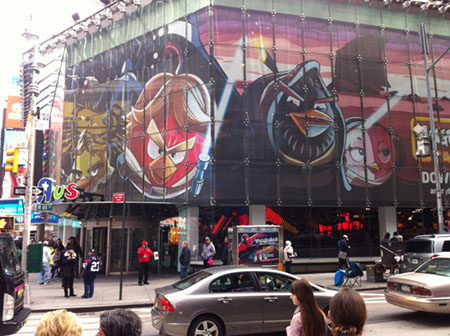 Once inside, the Rovio team was happy to pose with its latest ambassador - a mighty Chewbacca Bird. 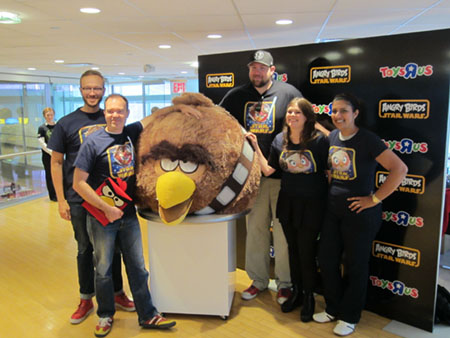 Spread out along the skybox was a host of upcoming Angry Birds Star Wars merchandise, including Jenga games, stuffed animals, lightsaber slingshots, and exclusive Halloween costumes.

And yes, that is a working Ferris Wheel in the background... 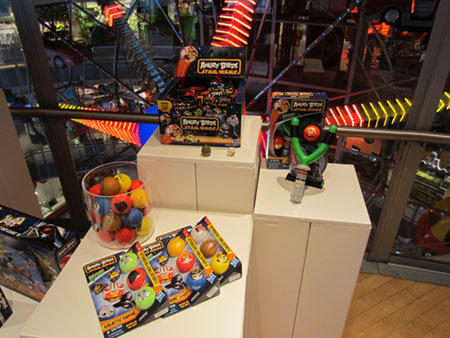 Hasbro stated that its Angry Birds Star Wars merchandise would be available in stores and online starting on October 28th. 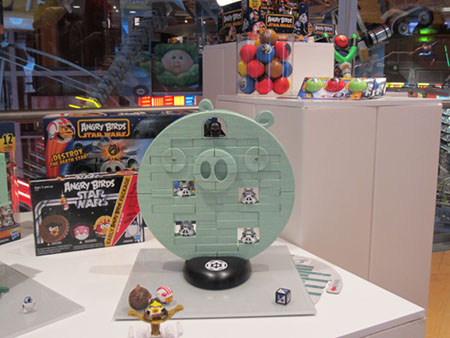 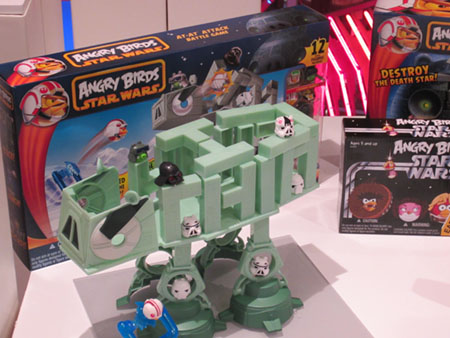 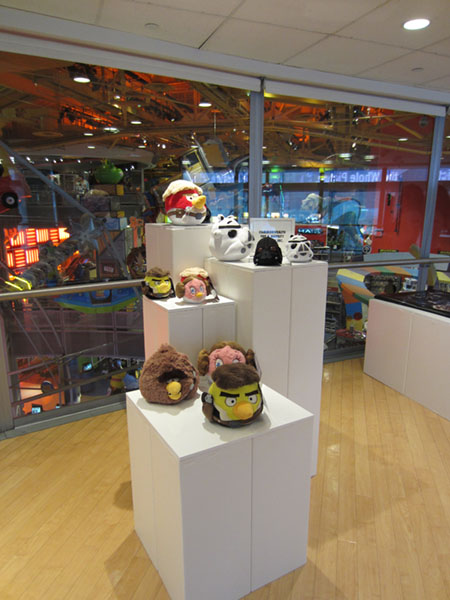 The Yellow Bird will play Han Solo, the Red Bird takes on the role of Luke, and - naturally - the new Pink Bird fills in for Carrie Fischer as Princes Leia. 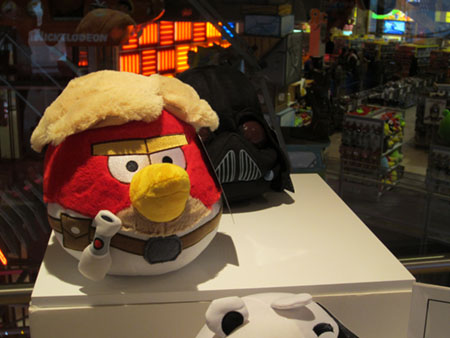 Close-up of the Red Bird Luke Skywalker plush, with a Pig Vader poised ominously in the background. 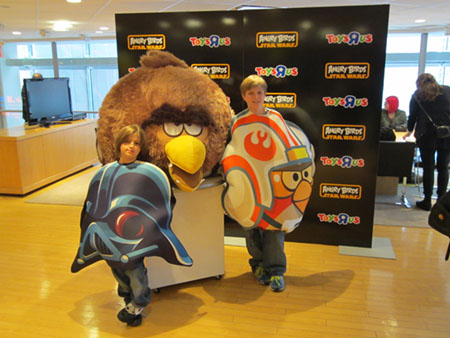 A sneak peek of the Angry Birds Star Wars Halloween costumes made by Rubies. These are on sale today, October 8th, at Toys R Us Times Square as well as through online retailers. 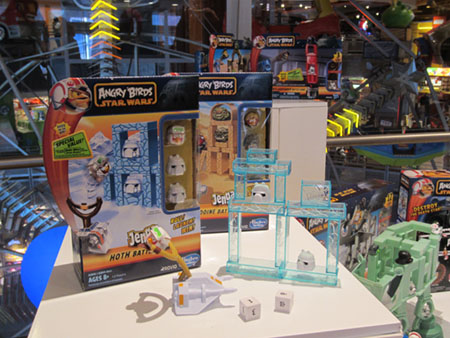 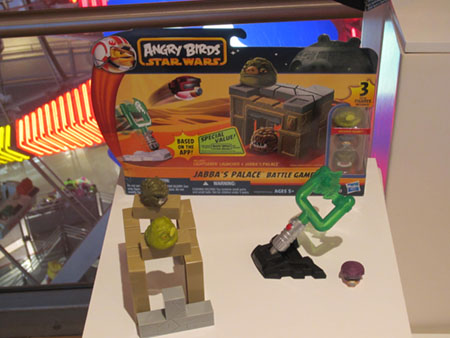 Finally, here are a few shots of the newly-opened Angry Birds Store, which is a permanent fixture of the Toys R Us Times Square store. 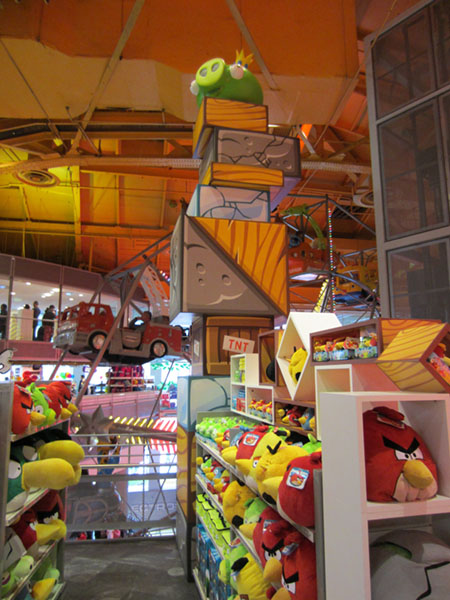 Once the Angry Birds Star Wars merchandise hits the store, it will be located here as well. 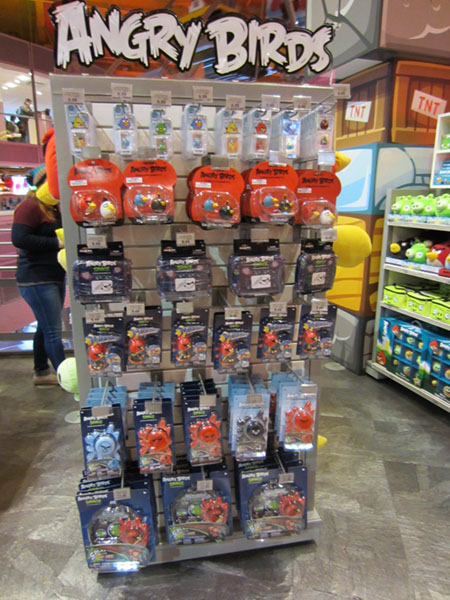 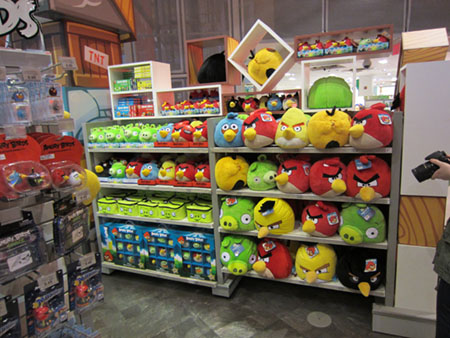